Julia Haart homed in on British gardens, working floral motifs throughout her sexy lineup with generous bursts of color and texture. 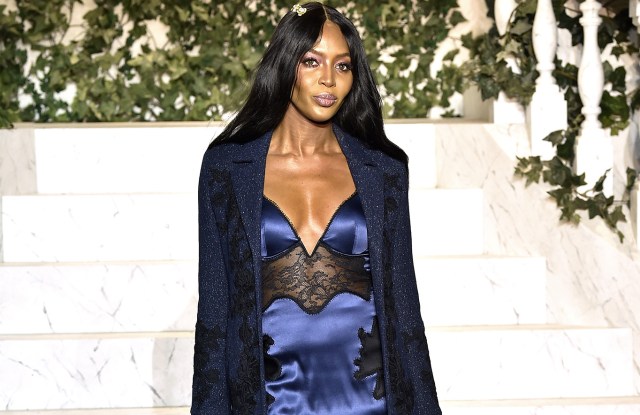 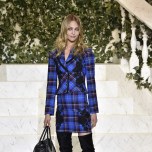 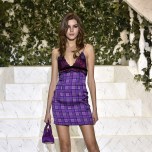 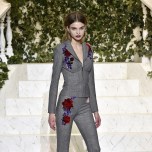 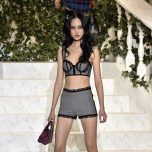 In her second season as creative director, Julia Haart crafted an elaborate scene for La Perla’s debut at New York Fashion Week. Aromatic moss, ivy and overgrown blooms cascaded throughout the windows of the six-room, two-story “La Perla Manor,” where models posed and lounged on couches before walking, one by one, down a grassy runway.

Backstage before the show, where Haart was conducting televised interviews with her friend Gwyneth Paltrow, the designer said she was inspired by nature as seen through the eyes of artists throughout history. “From the Pre-Raphaelite painter Lawrence Alma-Tadema to modernist artists like Georgia O’Keeffe, the concept was nature as seen through the eyes of a human being — with vibrant colors, warmth and sensuality,” she said.

Specifically, Haart homed in on British gardens — “because they’re typically a mess, not like French gardens, where everything is manicured.” She worked floral motifs throughout her sexy lineup with generous bursts of color and texture. The looks certainly weren’t for everyone, but they did evoke a spirit of joyful irreverence. Naomi Campbell opened the show in a blue silk and lace slipdress under a macramé-embroidered tweed coat, a mischievous outfit one might wear to greet their lover at their bedroom door.

As girl-power anthems blasted through the speakers, bombshell after bombshell strutted the runway — Isabeli Fontana, Sasha Pivovarova, Joan Smalls — in a mix of corseted stretch cady suiting and languid negligee slips decked out in florals, embroidery and lace. A couple of cheeky tartan prints, rendered into a colorful wool skirt suit and a silk minidress, recalled outfits that would’ve been at home on the set of the Nineties cult film, “Clueless.”