Designer Raul Solis infused aspects of S&M into a collection that introduced evening. 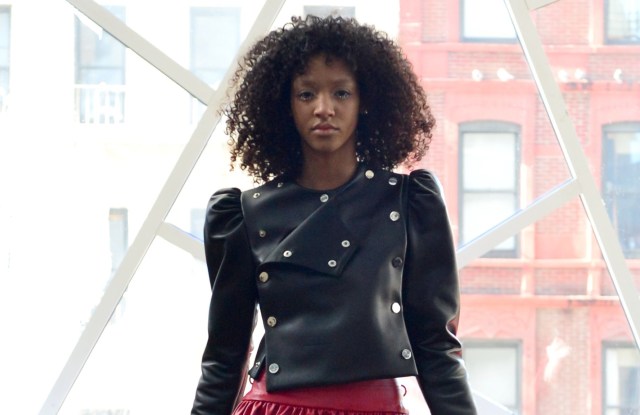 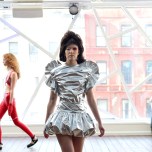 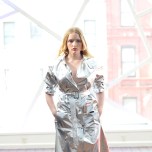 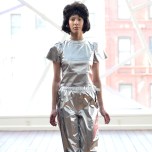 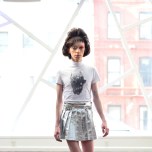 Underground cool kid Raul Solis designs with a non-conformist aesthetic that is surprisingly approachable. Unlike some of his contemporaries who display their anticorporate message with showcases of tattered and homespun threads, his always seem well crafted, with a bit more polish. For fall, he tackled a category you wouldn’t expect in his off-beat vernacular: eveningwear. But don’t expect romantic displays of traditional red-carpet fare; he’s tackled references to night culture, acid trips and skate culture in the past; here, he looks to sadism and masochism for a twisted lineup of deconstructed, bondage-leaning wares.

“The reason why we introduced evening is because I didn’t want to end up making another streetwear collection,” Solis said before the show. Unconventional evening came in the form of Lurex and silver-foiled cotton twill. Items ranged from a Space Age minidress, a crinkled slip, a bust-baring silver top and a surprisingly unfussy Lurex slip for those less adventurous. Leather harnesses, hardware, bindings and restrictive ties underlined the theme. A head-covering netted cocoon was pure runway fodder.

But Solis understands that in order to sell, items should be practical and comfortable, or at least give the appearance of such. Terry onesies in bright red and orange featured zippers that traversed top to bottom; these were magic. Other quirked-out silhouettes included coats with deconstructed paneling and a great blue marble-leather coat fetishizing the idea of a Fifties housedress; striped with tape to create a graphic pattern, it revealed an open back and underwear that read “no ban, no wall.”