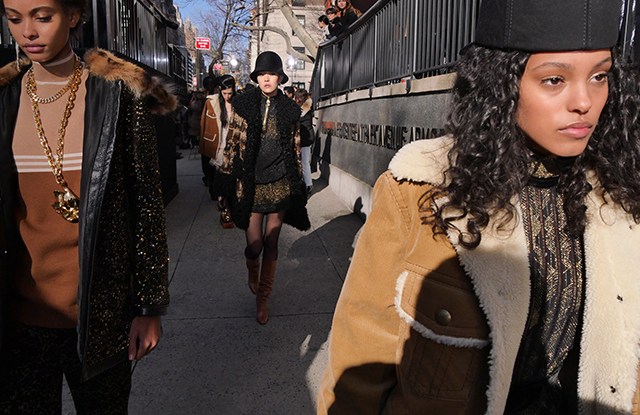 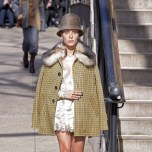 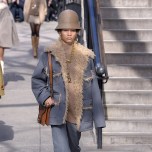 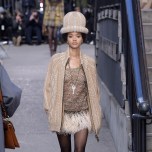 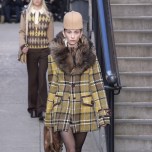 Show notes (which he doesn’t typically do) included. His, titled “Respect,” explained his inspiration, the Netflix documentary series “Hip-Hop Evolution.” After last season’s social media storm over his pastel dreadlocks, Jacobs’ decision to go there at all seemed a statement of both bravado and the desire to be understood. He wrote that he first experienced the impact of hip-hop on the broader culture as a high school kid in New York, and that this show is “an acknowledgment and gesture of respect for the polish and consideration applied to fashion from a generation that will forever be the foundation of youth-culture street style.”

And what better place to celebrate the origins of street style than on the street? While Jacobs had said that he wanted to strip away elaborate production trappings — and that he hoped his guests would respect his wishes to put away their phones and enjoy the live-show experience — anyone expecting a lack of theatricality was dead wrong, and most likely, in short order, delighted. Guests entered the cavernous Park Avenue Armory from Lexington to find it completely empty and raw but for two rows of chairs down the middle. That was the extent of the set. There were no lights, nor even a musical note to signal the start of the show. Just a girl starting down the runway, followed by 39 more.

They wore real clothes of the casual sort — early hip-hop here with a soupçon of Seventies sportif in a palette of warm neutrals shot with red, wine and maroon. In a reversal from last season’s dizzying, decorative overstatement, these clothes weren’t at all tricked-out or exaggerated, unless you consider a tracksuit in thick, bright red cashmere or a teeny, bugle-beaded, feather-hemmed dress exaggerations of sorts. “Everything is kind of dressing to be outside,” Jacobs said in a preview the night before the show. To that end, the anchor look was a short coat over a little dress, often in Twenties-inspired laces, or wide, extralong pants that puddled over boots. There was fur galore, both real and faux, and thick, patterned knits. Jacobs punctuated it all with big bubble caps by Stephen Jones and bigger “gold” chain necklaces by artist Urs Fischer. (Those girls are slight but strong; the necklaces weighed a ton.)

It was feisty and fun while putting a hyper-polished spin on the concept of everyday clothes. (“Considered” is Jacobs’ word for his approach.) It was also one of the most overtly commercial collections he’s ever done. Too short for ya? “For VIP customers who want any of those dresses made longer, we have that service. We are happy to do that, for the red carpet or whatever,” Jacobs said.

“What we’re working toward this season might not seem like the spectacles of the past,” Jacobs said last week. Yeah, right Marc. Nothing spectacular here. Just experimental street theater, costumed in everyday chic.