For fall, Public School's Dao-Yi Chow and Maxwell Osborne returned to the NYFW calendar with a collection that examined notions of borders and freedom. 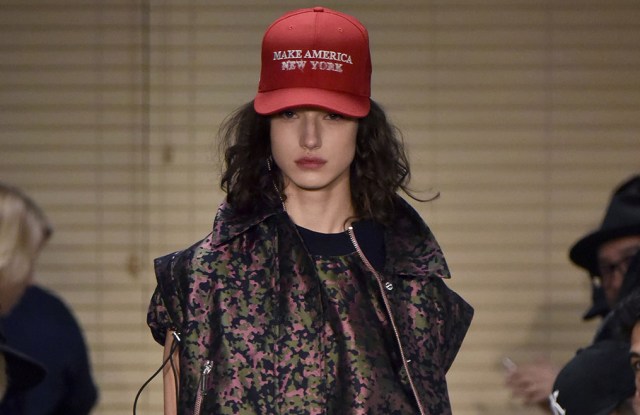 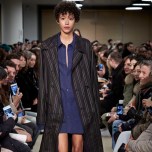 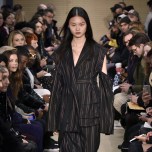 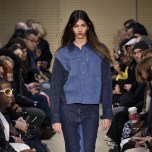 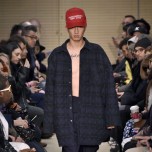 Genuine emotion is a rare performer on today’s runways. Yet in Public School’s return to the New York Fashion Week schedule, Dao-Yi Chow and Maxwell Osborne struck a cord of genuine emotion in a collection of smart, interesting fashion shown within the context of a broader message.

Well before the presidential election, the two established themselves as politically minded designers eager to use the runway as a platform for their views along with their clothes. Here, their inspiration, or perhaps, more accurately, their creative motivation, was a consideration of borders. “We just started talking about these man-made constructs to keep people from each other, at the same time envisioning this world where if you’re a human being, you are a citizen of the world,” Chow said.

He and Osborne introduced the motif with more lyricism than anger via a gentle soundtrack by frequent Public School collaborator Twin Shadow. The piece reworked the great Woody Guthrie opus, a once-and-present anthem of inclusion. Throughout the show, the same lyrics played over and over, with a coach-director type often interrupting to instruct that he start over. Along the way, we never hear the words, “this land was made for you and me.”

Transferring the antiwall message to functioning clothes could have made for awkward viewing, but Osborne and Chow handled it beautifully. Drawing from archetypes of nomadic cultures, they mused on what items might best serve a wandering population through various topographies, climates and unknown circumstances. That they did so with deft crossover into present and past street motifs proved all the better — this is fashion, not a soapbox. To that end, an ironic turn came via sweatshirts emblazoned with a huge portrait of Michael Jordan, himself notoriously apolitical in his own marketing endeavors. Yet rather than detract from the overall message, Jordan’s runway presence made it less linear and more provocative.

Both the women’s and men’s collections involved deft integration of elegant tailoring and cool streetwear. Generous proportions prevailed, pieces worked with elements that disconnected and reconnected via snaps, tabs and zippers. One sleeve of a navy and gold striped coat released at the shoulder seam, baring the shoulder; a plaid jacket and skirt, unzipped here and bunched there for ample interest. A men’s Prince of Wales coat was worn over a matching oversize drawstring top and a cotton paisley underpinning — whether skirt or shorts was unclear from the runway. Throughout there was a lot going on — parachute pieces, athletic references, paisley here, sort-of camouflage there. Yet it was all delivered with a control that looked signature yet newly polished from Public School.

Also of note, the collection featured counterpoint that went beyond the sartorial opposition of tailoring and street. Clearly, Osborne and Chow’s discomfort with the country’s current political posture doesn’t extend to their hometown. Hats and sweats spelled it out: “Make America New York.”