Romeo Hunte showed a continuing strength with outerwear, but some of his other interpretations of men's wear were somewhat baffling. 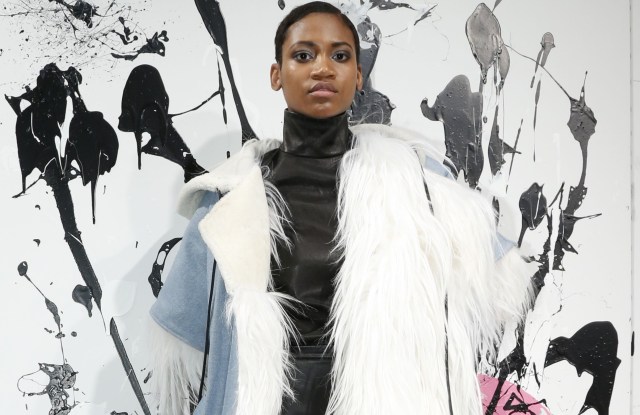 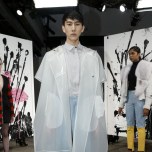 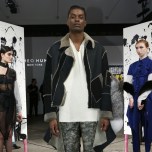 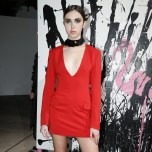 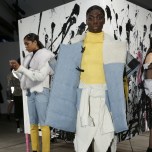 Romeo Hunte has found his fans and his niche. He’s staying loyal to both with a fall collection that was strongest in outerwear: his now-classic, buffalo plaid looks and two jacket/coat hybrids — one in white shearling dramatically collared in white fox — along with a down-filled red nylon version, both with the same zip-off, two-in-one flexibility. The designer cites this zipper detail as one of the many ways men’s wear has influenced him and informed the season’s shapes and details. But when he elaborated, describing his wool and cashmere minidresses with long sleeves, zippered fronts and plunging necklines as “based on a man’s blazer,” well, that defies the imagination.