Fall marked the expansion of evening-inspired ready-to-wear for the designer. 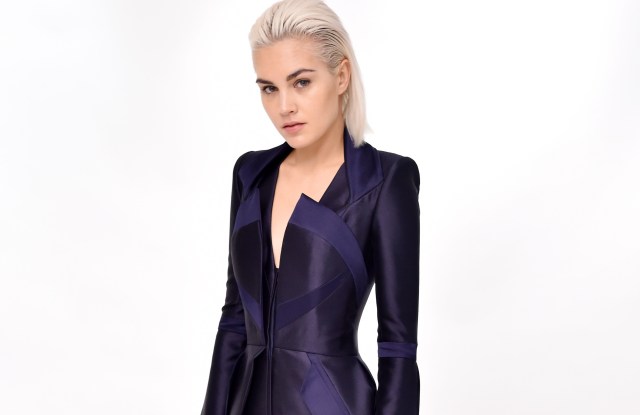 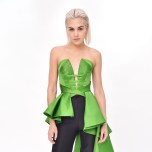 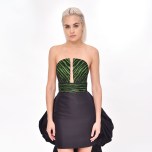 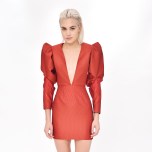 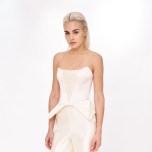 Fall marks a season of expansion and experimentation for Rubin Singer. The designer is introducing a sizable collection of evening-inspired ready-to-wear — a natural evolution for his gown-enamored collections.

It’s safe to say his propositions are far from traditional fare. Known for his draping and often dramatic structures, separates took on similar features and a focus on variant corsetry. Take, for example, a red minidress with dramatic sleeves; on the rack alone, it looked like a piece of welded armor with warrior vibes. Or a long gold lamé jumpsuit with a pointed deep-V corset that served as a gateway piece for gown-leaning customers. Perhaps the piece that best fused Singer’s core design codes was a bright green corset top with pleats and a dramatic asymmetrical peplum hem; paired with a ballgown skirt it could be quite stunning, or easily made more grounded with tuxedo pants (of which Singer has a great pair done in a two-tone palette).

For loyalists, there were signature silhouettes — most notably a silver lamé bias dress, a bright blue gauze gazar gown with an asymmetrical drape, and a gown with green corset and poofy skirt, which, according to Singer, was “a feat of engineering.”