Steven Alan's approach for fall started off pragmatic, with the lineup feeling casual yet inspired.

IsSixWeeksAfterFashionWeek = false
By Mayte Allende on May 9, 2017 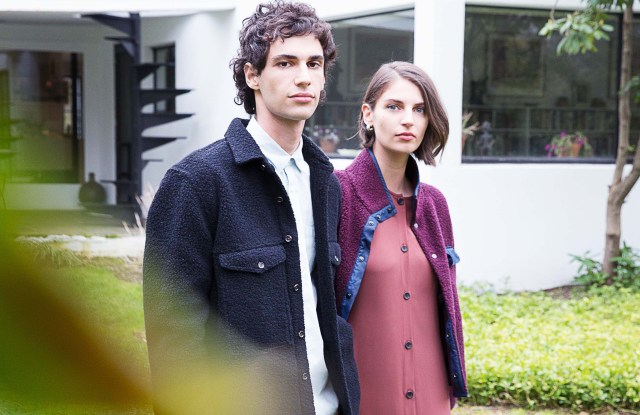 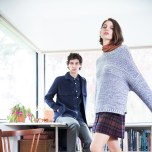 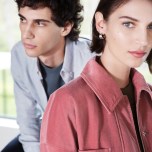 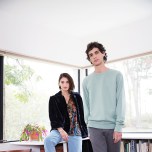 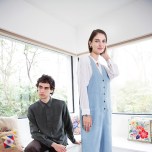 For fall, Steven Alan’s approach started off pragmatic. “We definitely wanted to have an increased penetration of our brand in the store, so the starting point for me was the shirt,” he said at his presentation.

Alan started off by looking at female icons and how they wore their shirts — Patti Smith stood out. “We went into that era and we picked up on a lot of the jewel tones that were prevalent at that time and the texture, like corduroy, paisley prints, pajama plaids and permanent pleating,” he said.

The resulting lineup felt casual yet inspired. As Alan pointed out, the shirts were the prevailing item — ranging from silky pussy bow blouses to a memorable burgundy with black dot pleated peasant top.

Denim was also important, as he offered patched tops and classic jackets as well as non-stretchy relaxed fit bottoms. The denim highlight: a tied robe jacket version. Knits were also noteworthy — rendered in substantial heavy yarns or superfine versions that could almost pass for T-shirts. “A lot of the factories that we were working with to me could be best-in-class in producing what we were going for, that’s very important. A lot of times with collections the inspiration is there but the execution is not,” he said.