Donna Karan's latest see-now-buy-now collection was anchored in her beloved world-traveled bohemia. The clothes were seasonless but not priceless. 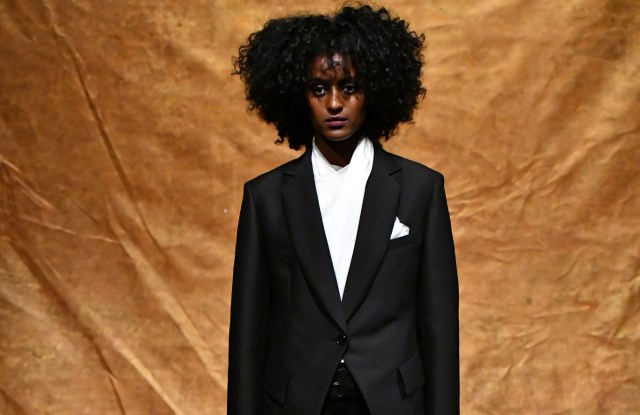 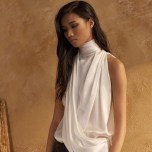 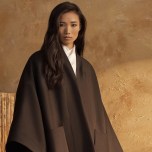 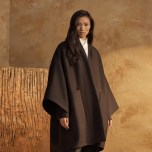 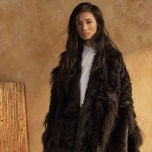 Don’t be fooled by the rich, deep colors and fabrics — a cognac leather jacket, a wild black mixed-fur vest, a black and cognac embroidered velvet caftan — of Donna Karan’s see-now-buy-now Urban Zen collection for fall 2017. She’s been practicing what she’s been preaching for 20 years. “They’re all weightless,” said Karan at the presentation of her newest lineup, shown in a formal presentation to the beats of live jungle drums in her West Village Urban Zen space. “You really have to make clothes right now that go with the weather. I have these very light pieces that you put on top of everything. It’s never like one season or another. It all builds.”

She spoke the truth. Up close everything in the collection, which was merchandized and for sale in her Urban Zen store next door, was lightweight, even the black shearling kimono jacket and suede jodhpurs. Just as the weight of the clothes doesn’t change from season to season, neither does the ethos. Urban Zen is culled from Karan’s world travels, influenced by Haitian artisans and multiday safaris. A tailored riding jacket and rugged riding boots added an aristocratic note to the lineup, but the rest of the look was anchored in Karan’s enduring love of draping, cold shoulders and moneyed bohemia. While seasonless and weightless, the collection is not priceless. The embroidered velvet caftan — which was gorgeous — rang in at just under $10,000.