Kanye West’s perceived karmic comeuppance after Yeezy Season 4 delivered a Yeezy Season 5 that was comparatively the picture of refinement. 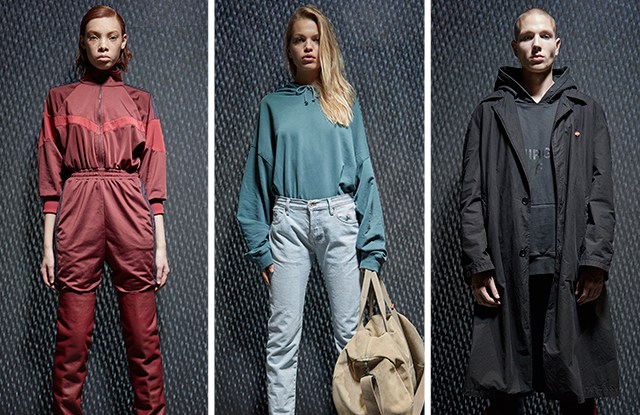 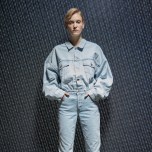 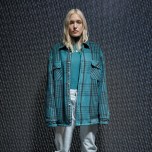 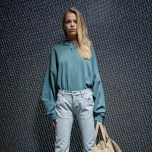 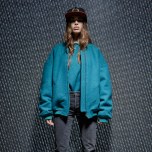 Fashion and music’s most famous prodigal son has come home — home in this metaphor being a traditional fashion show venue, a show conducted in a reasonable time frame with a remarkably organized front-of-house staff and little to no pretension to the scene. Yes, it seems Kanye West’s perceived karmic comeuppance after a disastrous Yeezy Season 4 last September yielded to a Yeezy Season 5 that was, comparatively, a picture of refinement.

People who might have expected him to stumble again were pleasantly surprised. West checked all the professional boxes this time, without abandoning that Yeezy swagger. He ceased his collaboration with Vanessa Beecroft, at least for this season, which immediately toned down the gimmicks by half. The 300-person show was in one of the standard studios, pitch black (for those who couldn’t see their seat, there were plenty of Karla Otto escorts) with four wall-like screens that stretched upward at least 20 feet and broadcast each look live, one at a time with a 360-degree camera. The audience didn’t actually see the models, including Luka Sabbat and Lauryn Hill’s daughter Selah Marley, until the video finished and the cast walked around the screens for the finale. But in terms of getting a good, long look at the clothes, shoes and bags, this method worked.

As for the collection, it was perfectly in line with the current Nineties worn-in, weathered streetwear revival given an improbable aura of glamour. For women, a teal plaid flannel workwear jacket was worn over a teal sweater and stone-washed straight-leg cool-mom jeans tucked into knee-high, slouchy suede high-heel boots. The boot-and-casual pants combo continued with rusty suede over-the-knee stilettos over faded black jeans, and burgundy leather thigh boots hiked up over a burgundy Adidas tracksuit with the jacket tucked into the pants. That look is not ultra nerdy anymore — it’s cool. There was a lot of camouflage, for guys and girls, as well as big hoodies and varsity jackets that displayed the “Calabasas” logo West and his wife, Kim Kardashian, have been photographed wearing. For example, an oversize bomber with a black panther on the back and the words “Calabasas Lost Hills 91302 Acoura,” all Los Angeles references. To accessorize, there were gigantic duffels, baseball caps and a white and teal sneaker for men that would make suburban dads look like suburban dads, but captured that mood of ironic cool in this element.

West didn’t do interviews, get on the mic and rant or play his own album. The show ended so quietly the audience sat for a prolonged awkward moment of silence collectively wondering if it was time to go.