IsSixWeeksAfterFashionWeek = false
By Andrew Shang
with contributions from Roxanne Robinson
on February 13, 2017 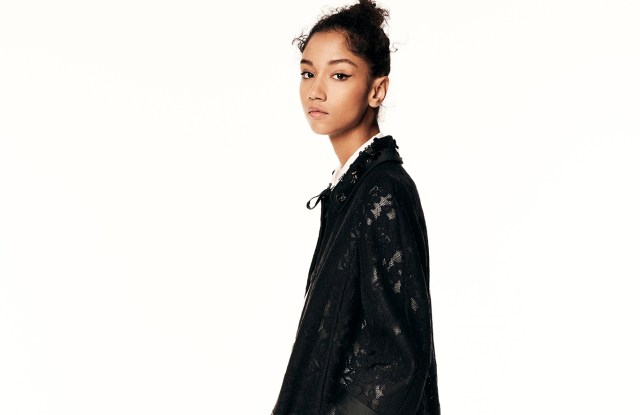 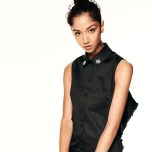 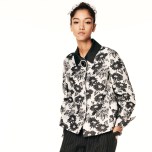 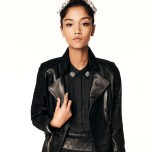 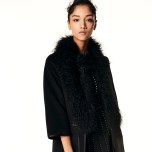 Zac Posen’s little sister Zac Zac Posen is slowing growing up. The secondary line tends to skew youthful, with bright colors, casual separates, lively prints, et al., but this season it began gravitating toward a moodier offering of occasionwear. A brocade from the late 1800s inspired an overarching Victorian theme that Posen updated with sportswear elements.

It’s hard to imagine takes on Victorian not feeling overplayed. Stylistically, there are blouson sleeves, sheer layers, volume, jacquard and embellishments, all of which are literal draws from Victorian fashion; they all factor into Posen’s collection. But where he differentiates himself successfully is when he takes the idea of dark romanticism and applies it to a street context.

He maximized evening offerings because they sell and, along with other occasion attire separates, put together a sophisticated collection that will appeal to a vast age range. Styles ranged from a sleek black gown featuring a spliced spacing technique to pantsuits featuring the same, paired with bow-adorned bustier tops. A pinstripe capsule is worth noting for its versatility — a floor-length coat could be worn as a dress, as could an elongated blazer with plunging neckline. Floral threadwork, daisy prints, silk jacquards and tulle were offered in diverse dress silhouettes. On the casual front, shirting remained great, as in a knotted off-shoulder top, as was outerwear, which was cut loose and trimmed with shearling, fur and faux fur.

Along with ready-to-wear, Posen showed the newest addition to his growing footwear business with the launch of Zac Zac Posen shoes. Produced with Stefano Maroni, who also does the main line shoes, they’re made in Brazil so they’re a more accessible price — $195 for sneakers to $625 for a knee-high boot. Design elements such as flower embellishments, bows, studs and twisted knots are reminiscent of the clothing, for a perfect complement to the Zac Zac Posen look.