The collection incorporated more men's wear influences with style cues from female students in the Twenties. 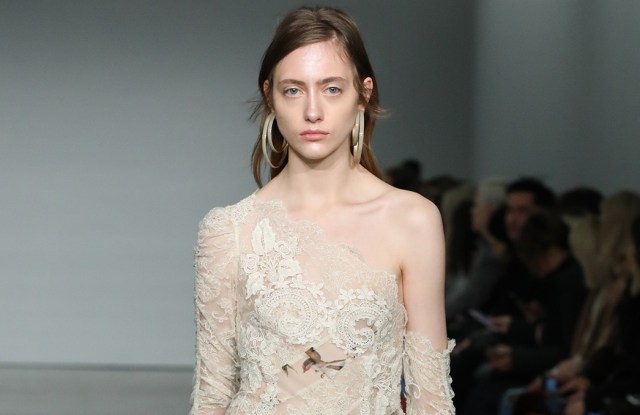 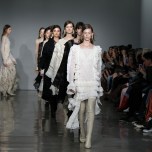 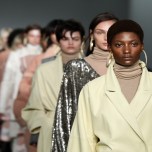 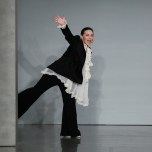 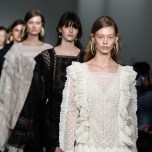 It appears that even the most feminine of brands isn’t immune to the reality of gender-unifying dressing — a trend seen across many shows this season. Zimmermann has a historical penchant of leaning toward the feminine frills of bohemia and elaborate occasionwear. Fall was tougher, in both attitude and fabrications, pulsating with a boyish sensibility that resulted in clothes with more wear potential.

“It was a bit of a Twenties influence for us,” creative director Nicky Zimmermann said backstage. “We wanted to really mix up the masculine with the feminine this time.” Titled “The Maples,” the collection took its name and stylistic cues from the building that housed students at the Women’s College at the University of Sydney following World War I. Zimmermann sifted through photos depicting women unabashedly wearing men’s wear-influenced attire with a sense of grace, defiance and optimism; it was all the more relevant given the current political climate.

Feminine embellishments were intermixed with the tough, like the sheer lace dresses underneath outerwear, swishy skirt tales, lingerie-inspired underpinnings and flashy sequins.

A slew of bold, sharp tailoring rounded out some of the best men’s wear-inspired offerings. A black-and-white pinstriped blazer, for instance, featured squared-off shoulders, as did another colorful striped version with matching trousers that had both preppy and rocker sensibilities. Matching checkered ensembles were cut loose and oversize with a youthful spirit. Heavy shearling outerwear in soft pink appealed to both men and women.