Jonny Johansson knew one thing: He didn't want his fall collection to be street. 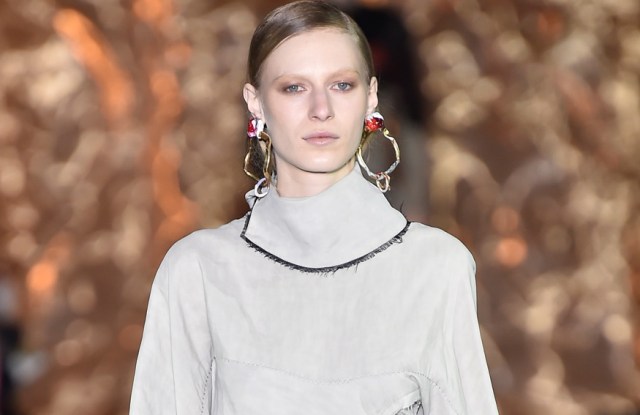 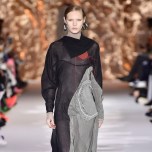 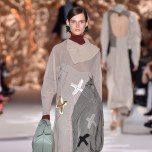 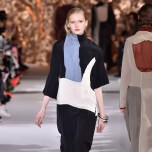 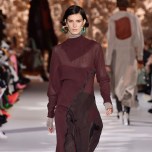 It sounds like Jonny Johansson has seen one oversized moto jacket too many. “I knew one thing: I knew what I didn’t want,” he said backstage after his fall Acne Studios show. “I didn’t want to go urban or streetwear or sporty in any way.” He moved in the opposite direction, pursuing the feminine, romantic, a bit naïve, but not without the arty, oddball edge that is the essence of the brand. It was nice to see a soft side of Acne.

Inspired by the hand puppets Paul Klee made for his children, the collection was full of deconstruction and primitive raw stitching and patchworking on bias-cut dresses that looked crafted from worn muslin. A sheer black dress with a fold-down collar was stitched with a red patch of fabric trailing with threads and was sewn with a flowing diagonal panel of checked fabric. There was an appealing homespun wistfulness to the faded, earthy colors and pretty florals on black, white and blue backgrounds. Silhouettes conjured a modernist Twenties/Thirties mood with long lean dresses and mannish tailored coats. Johansson wanted the look to be grown up, nothing too young. The more straightforward — literally — the better. Many looks were backward — Celine Dion in Galliano’s Dior at the Oscars style — and pants and some dresses were cut long and flappy in the front and short in the back for nothing more than effect.