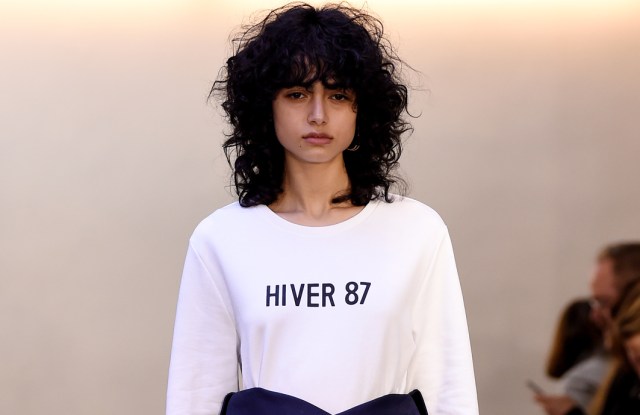 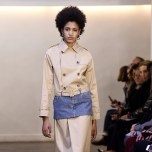 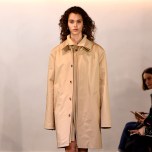 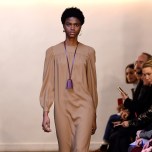 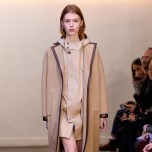 Opening APC’s 30th anniversary women’s wear show with a speech, founder Jean Touitou said his feelings about fashion range from happiness to melancholic indifference. Acknowledging veteran designer Kenzo Takada as the one who gave him his start, Touitou also summed up the industry’s evolution. “Then, clothes were meant to be produced and sold. Ready-to-wear is not ready to be worn anymore,” he teased.

For the first time, the brand had a spot on the official Paris ready-to-wear calendar to mark this anniversary, and it was likely the only celebration of the occasion. “Strong creativity, serenity, realism and integrity have set a blueprint that other designers admire,” said Pascal Morand, executive president of the Fédération de la Haute Couture et de la Mode, underlining the independent spirit of this brand that has accrued a dedicated following over the decades since its birth as “Hiver 87.”

Over the years, APC’s denim jackets, jeans in various cuts and washes, demure feminine dresses, boxy denim jackets and well-cut knits have become the “clothes you can’t live without,” actress Catherine Deneuve said, revealing that her first APC piece was a denim jacket she still owns.

“My mom, my dad, my sister, my partner wear them,” said jewelry designer Charlotte Chesnais. “Only my baby doesn’t wear APC but he already wears the sweater-and-jeans look.”

Despite the eye-catching styling that turned a denim jacket into a cape, a micro-skirt into an extrawide belt or a coverall into trousers, Touitou sent out a collection in which archival, current season and new pieces were indistinguishable. Point well made.