Kym Ellery's fall show was about a traditional bourgeois woman who has an "electric awakening." 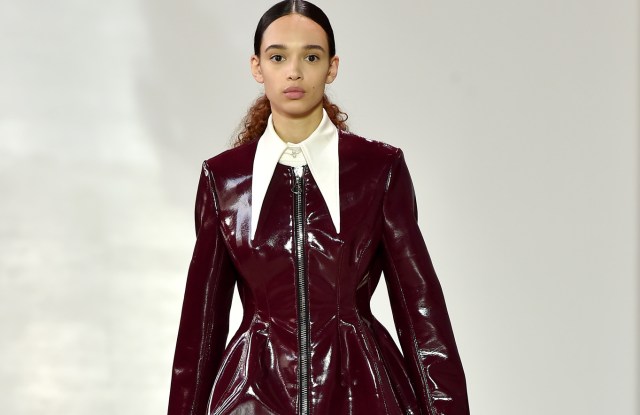 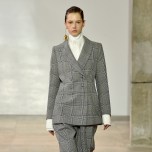 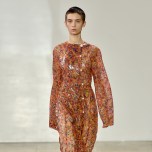 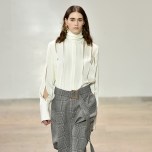 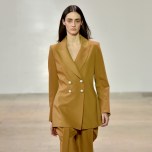 “I’ve never taken acid; I’ve never been to India,” Kym Ellery said after showing her fall collection, a trippy lineup that began with bourgeois staples and ended up at a crossroads between Marie Antoinette and the hippie trail.

“The inspiration was all about this traditional bourgeois woman who goes on this psychedelic trip and has an electric awakening,” the designer explained.

Off-kilter details ranged from oversize pearl buttons to boots with colored Perspex heels inspired by lava lamps. The pearls appeared on items including an oversize camel double-breasted suit, cropped flares and a coat dress made of French lace with a kaleidoscopic latex finish.

Two things stood out in this collection: textural effects — highlights included a glossy black coat in a quilted wave design — and daring plays on volume: an oversize black fur collar on a purple Lurex coat, or moire bustier tops with exaggerated sleeves.

Ellery has shown on the official schedule in Paris since 2015 and recently moved to the city, signaling she is ready to grow her international presence. Fans already include Rihanna and Olivia Palermo, and it’s a safe bet that plenty more will follow.