The designer sent out frothy dresses and an updated version of la Parisienne’s uniform — a ruffly jacket paired with black running tights. 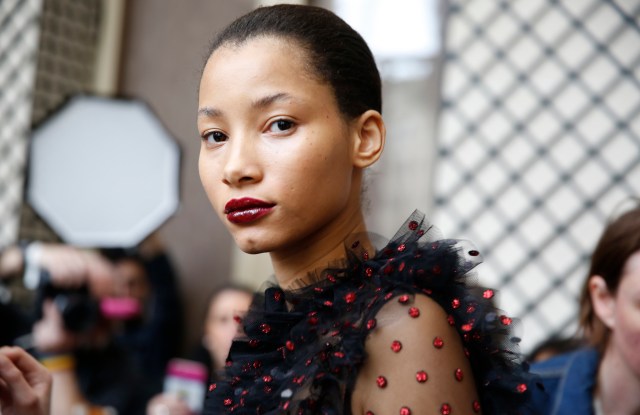 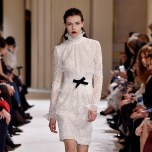 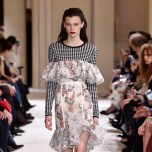 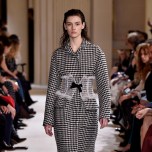 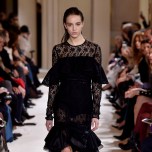 Guests at the Giambattista Valli show could be forgiven for thinking he had joined the ranks of luxury brands cozying up to sporting-goods makers. The designer paired three of his fall designs — including a sculptural black taffeta jacket with ruffles cascading down the back – with plain black Nike running tights.

It turned out it was just a bit of impromptu styling on Valli’s part. The designer was thinking of a woman who skips from working out to going out by throwing on a jacket and a pair of stiletto boots. “It can be today’s version of a Parisian petite robe noire,” he explained, using the French words for “little black dress.”

Ah, la Parisienne. Her fingerprint was all over this collection, starting with the soundtrack, which included Malcolm McLaren’s “Paris Paris,” with its seductive voiceover by Catherine Deneuve.

To conjure this mythical woman, who may or may not actually exist, Valli sent out frothy dresses in a palette of black, white and lipstick red, sprinkling in shoulder flounces, peplum skirts and sheer corset belts for a flirty boudoir vibe.

He mixed classic fabrics like houndstooth wool, floral tapestry canvas and guipure lace with girly elements like sparkly embroidered cherries and strawberries, or a pattern merging heart shapes with polka dots. Stripes alluded to the sportier side of his muse, appearing on floaty knee-length day dresses and as a graphic diagonal motif on a fur coat.

Valli appeared to take a detour via Spain with his flamenco-style evening gowns — all polka dots and ruffled skirts — but no matter. The Parisienne theme casts a wide net.