Bill Gaytten played with historical references with a mix of controlled tailoring and retro-tinged dresses in decorative fabrics. 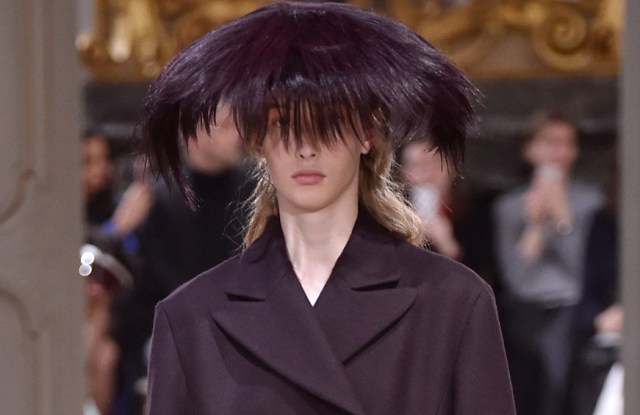 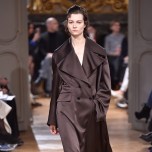 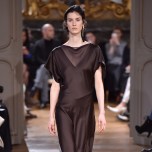 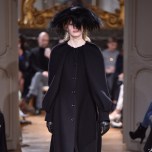 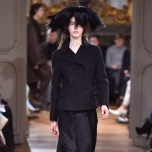 Bill Gaytten picked the Sex Pistols anthem “Pretty Vacant” as the soundtrack for his fall collection for John Galliano, which was ironic, since he proceeded to unleash enough references to fill a small encyclopedia of 20th-century fashion.

The designer is nothing if not erudite when it comes to the history of his craft, and it showed here in the mix of controlled tailoring and the softly draped, retro-tinged dresses that were the hallmark of the label’s founder.

He took as a starting point the historical figure of Marchesa Luisa Casati, who has inspired more than one original Galliano look over the years, both at his own label and during his time as creative director of Christian Dior. In Gaytten’s hands, the reference provided a gateway for modern reinterpretations of vintage designs.

He played with the proportions on hourglass jackets that nodded to the golden age of couture. A black, double-breasted version was cut wide and loose and paired with roomy black pants to give it a masculine edge. Others were shrunken and fitted high on the waist, for a slightly off-kilter silhouette.

The tailored looks contrasted with the rich surfaces of dresses and pajama suits in chrysanthemum-patterned jacquard or a devoré velvet in an iris motif. The modern twist here came via the overlong bell sleeves on ruffle-neck blouses and filmy mohair sweaters, and deep cowl pleats on the back of slinky Thirties gowns.

Since it was repositioned two years ago as a premium contemporary line, Galliano only offers a smattering of its runway looks in stores. Here’s hoping some of the ideas from this collection trickle down into the core offering of the brand, which is gearing up to launch e-commerce in May.