Jourden's Anais Mak showed a collection of prim and proper silhouettes revved up in exuberant fabrics and treatments. 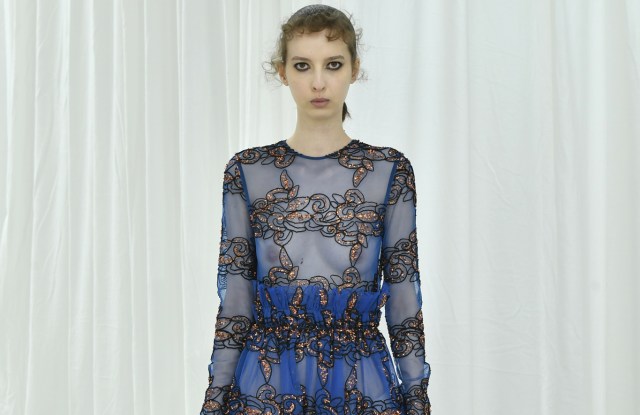 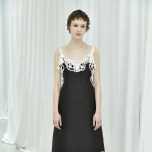 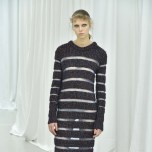 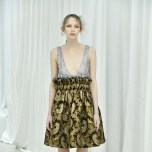 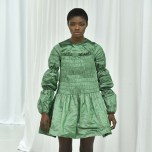 The richness was offset by transparency, of fabrics or inserts. A long knit dress was sliced with crochet inserts that gave it a Breton-stripe effect. Along skirts, ruffles were half-festooned, half dangling. Thick thread scribbled across neck and hem lines in a graphic take on lace, while a polo shirt was revisited in a shimmery fishnet knit. The looks were riotous at times but always riveting.