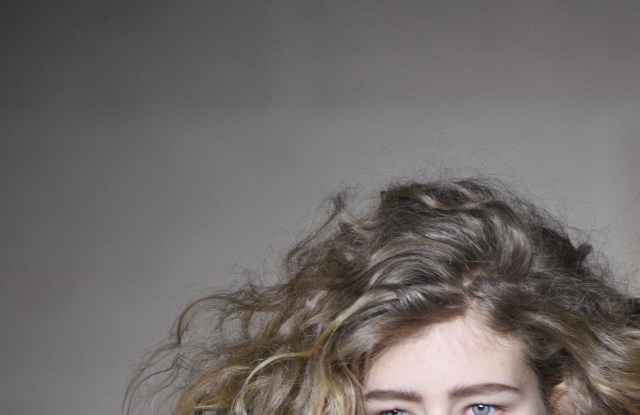 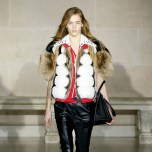 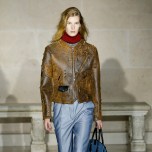 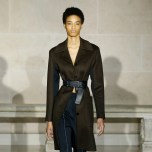 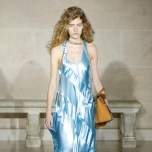 Louis Vuitton envisions a borderless world. Except when it comes to getting into its show. Nicolas Ghesquière presented his fall collection in the Cour Marly. The way in proved considerably less enchanting, as arriving guests had to negotiate barricades set up to keep the uninvited at bay. Throngs of celebrity seekers and the just plain curious completely obscured the narrow unmarked entrance, leaving many guests confused, fearful of missing the show and, yes, annoyed.

Once inside, you got to soak up the majesty of the space and its exquisitely lit statues before taking in an improved and interesting Louis Vuitton show. Ghesquière drew from disparate references for what once would have been called an expression of magpie style. Yet in this politically charged season, ideas that started to percolate in New York and carried through to the last major show of the fall 2017 season, have imposed deeper import, although here, as in most cases, the clothes were just that, clothes. Ghesquière mulled notions of blurred boundaries — cultural, gender, day/night. The collection, his notes stated, “aims to do away with frontiers altogether and shift into the evocation of the nomadic, where the city blends with different landscapes…”

The city may blend, but it was never erased as Ghesquière clearly had urban dressing on his mind. For the most part, he took a sportswear-centric approach, one rooted in the very L.A. idea that a pair of pants and a piece of edgy, trans-seasonal outerwear will take a girl far. He thus offered a range from short leather jacket to boho-collaged furs. Some looks swung chic — belted tweed jacket over white shirt and pants — and some schoolgirl, particularly when he swapped out the pants for a short tweed skirt and paired it with a cozy shearling jean jacket.

The high point came with little slipdresses in mixes of lovely silk florals and brocades. These blurred the boundaries between day and night as well as between eras, the romance of the fabrics tempered by no-nonsense ankle boots. If she’s going to roam, a girl needs a purposeful step and a sensible shoe.