Old and new prints on retro-tinged silhouettes telegraphed the Finnish equivalent of hygge. 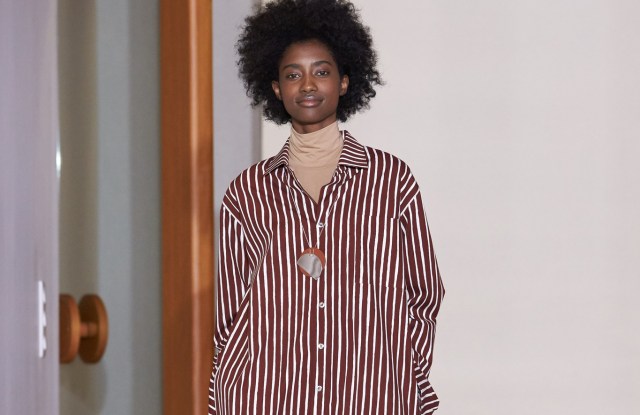 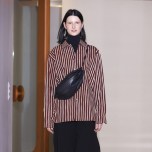 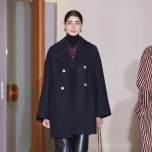 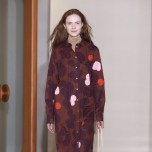 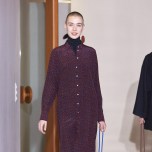 For her swan song collection for the house — last Monday was her last day, according to a member of the team — Anna Teurnell paid homage to the brand’s homeland: Finland, which this year celebrates the 100th anniversary of its independence.

For this charming, wearable lineup, she mixed exclusive prints — old and new — on retro-tinged silhouettes that nodded to local nature, art, architecture and folklore.

A film by Polish-Swedish photographer Kacper Kasprzyk, featuring ambient footage of models in looks from the collection in urban landscapes and the house’s mill in Helsinki, was screened during the show, which was held at the Finnish Embassy in Paris.

Highlights included a long, brown shirtdress in the house’s fun new blobby Pop print, and a replica of a 1956 shirt from the archives in the iconic Piccolo freehand stripe. But the silhouettes didn’t need to have prints to be cute. The black mohair knits, the fake fur, a camel duffel in boiled wool and a jacquard pant in a zigzaggy print inspired by a handsaw each telegraphed the Finnish equivalent of hygge.