Mira Mikati's fall collection was a mash-up of the military-esque aesthetic of scouting and the technicolor world of disco. 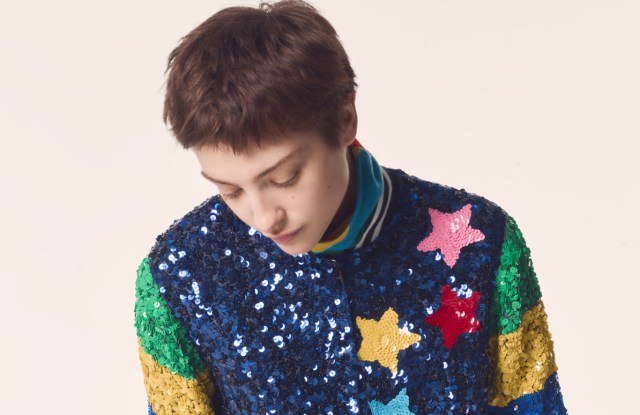 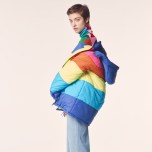 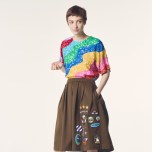 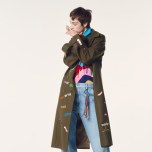 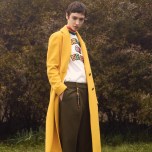 Mira Mikati’s fall collection took the utilitarian, military-infused aesthetic of scouting and mashed it up with the technicolor world of disco. “My production manager is on the verge of a breakdown,” the designer quipped as she showed off a lineup of looks featuring a myriad of whimsical details, including patches, embroidered slogans, cartoon animals, sequins, glitter and more sequins. Scouting songs were stitched on several pieces. From ponchos to field jackets to hoodies, every piece seemed to have at least one rainbow on it. Gay young men are allowed to be Boy Scouts now, after all.
Mikati said she was inspired by the Wes Anderson film “Moonrise Kingdom,” “but if everyone had just stayed and threw a big party at the end,” she added.
Mikati has established herself as a childlike, wonder-filled brand of fashion, but her collection seemed particularly relevant in a season when some of fashion’s biggest houses leaned ever-further into ornamentalism and whimsy.