Inspired by the Women’s Marches, Redemption's lineup had more of an urban edge this season while maintaining its sexy aristo-punk vibe. 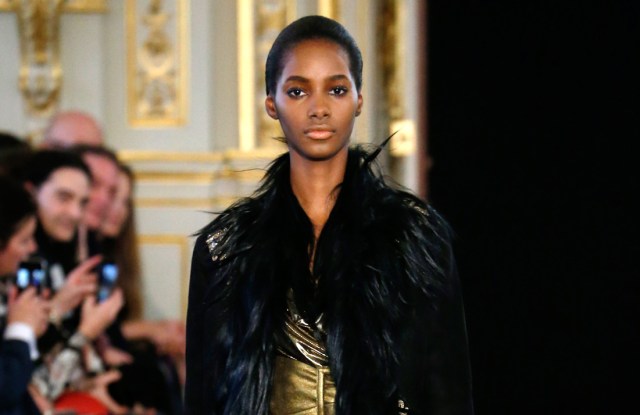 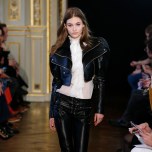 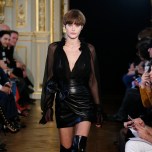 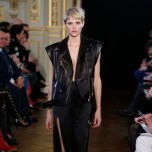 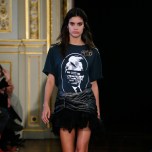 Rebellion was on Gabriele “Bebe” Moratti’s mind as he put together his fall collection for Redemption. Inspired by the Women’s Marches of January — and incidentally the young label’s move to offer more daywear in response to growing demand — Moratti’s message had more of an urban edge this season.

In addition to period military references like ruffled shirts and lavish embroidered tailcoats, which are a recurring part of Redemption’s vocabulary, there were cargo pants in leather or cotton drill, which while skin-tight in line with the brand’s sexy register, toughened up the message a little, as did the integration of several khaki looks in the lineup and the addition of biker boots.

In the finale, each model brandished a white bandana above her head, while a grungy T-shirt read, “God save the drama queen,” summing up that mix of a certain overt version of rebellious femininity.

Moratti’s Army of urban soldiers have not abandoned their sexy aristo-punk attire entirely, however. There were plenty of metallic brocade pantsuits, thigh-skimming dresses in variations of metallic jacquard or satin, such as a vivid regal purple, as well as black leather numbers and plunging necklines galore. Among the dresses, a long draped gown in gold Lurex packed a particular punch.