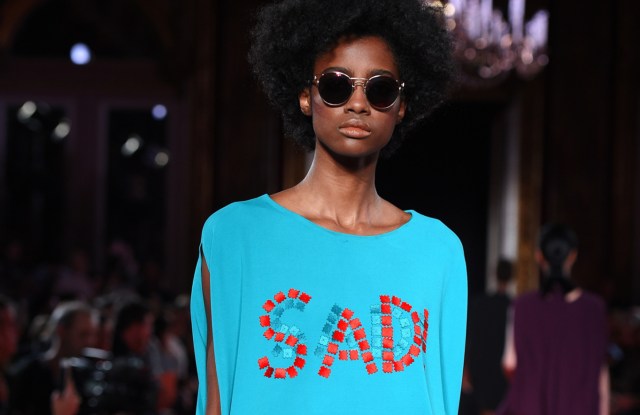 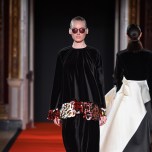 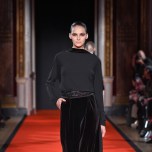 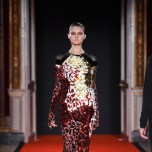 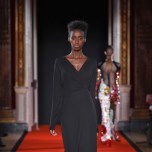 Talbot Runhof’s fall collection was characteristically rich in texture, but leaned toward a darker palette.

Distressed effects on olive-green-and-black brocade ended up giving the material an alluring, feathery look and seemed to make an oblique reference to camouflage. (The show notes referred to one of the looks as a “combat gown.”) The gleaming palette on sequin-covered dresses was muted by a black fishnet overlay, or a black velvet trenchcoat. Black velvet — one of the fabrics of the season — was also used for trousers, tunics and long-sleeve gowns.

A thigh-length dress in tangerine velvet gave a pop of color to the collection, as did a black-and-orange satin gown.

Talbot Runhof got in on the messaging trend as well, closing the show with several tunics bearing cheeky slogans in a mosaic font. The tops were charming enough, if out of step with the rest of the collection.