Vanessa Seward issued an earnest ode to the Seventies based on her own personal style. 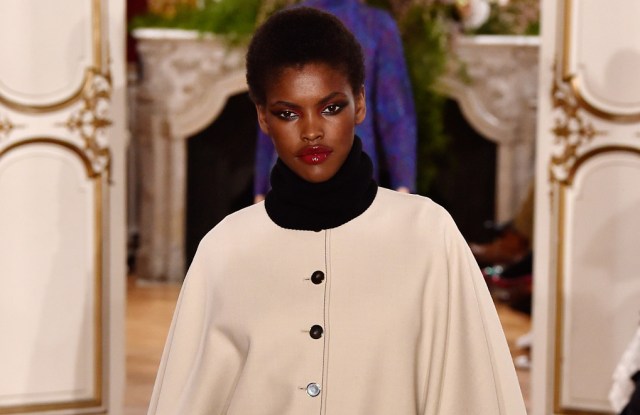 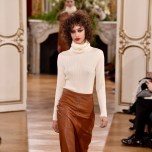 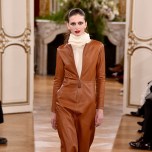 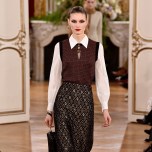 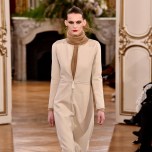 Vanessa Seward’s fall collection was like a time capsule from the Seventies, earnestly retro with its disco soundtrack and Guy Bourdin-inspired makeup of shiny red lips and pink eyeshadow up to the brow line. The models sauntered around in sassy bourgeois attire, such as a lean, tawny brown leather dress with a tasseled zipper unzipped to reveal an ivory turtleneck underneath; and a trench over a purple and blue leopard-print shirt and matching fluid pants worn with a headscarf and white shoes. Backstage, Seward said she focused on more minis, such as a pink dress in diagonal tiered ruffles and noted women were “more determined” this season.

The printed dresses with keyhole necks; mossy green fur cape worn with a headscarf, and a white tuxedo-jacket dress with sheer black tights and white open-toe shoes were so unironically retro, they felt more like paper doll clothes based on Seward’s own vintage wardrobe than designs for today. And there’s a market for that. Seward has five stores, and just before she opened her London location, Kate Middleton bought a dress and was photographed wearing it. Seward felt so blessed, she printed a sweatshirt and T-shirt in the fall collection with the words “Lucky Star” in crystals.