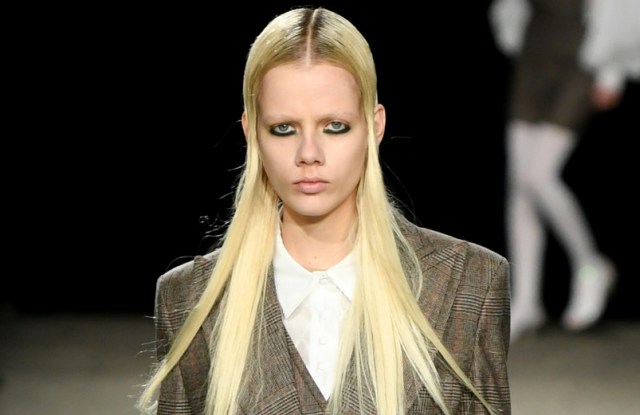 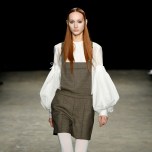 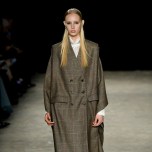 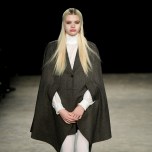 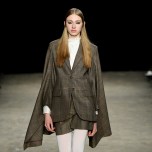 Veronique Branquinho took the “opposites attract” page out of the fashion playbook, contrasting traditional men’s tailoring with naïve, feminine fantasy for her fall collection. There were great pieces, particularly from the tailored lot, though not a lot of variety or surprise: She set her premise from the show’s start and repeated variations on it until the last look.

The show opened with a mossy brown plaid jacket, waistcoat and pleated shorts worn with a white shirt, white tights and bare jeweled sandals. Branquinho cycled the fabric through a series of classics, including an apronlike romper with a white folkloric blouse, and mannish coat and cape, and then paired a romantic, high-collared blouse with glittery stars over each breast with a pair of men’s tailored trousers. Sheer, nude tulle shirts decorated with dreamy silver glitter patterns worn with sober tailored pants were interspersed throughout the show’s ultraconservative, monastic black tailoring, romantic poet blouse dresses, takes on gentleman’s suits and workwear. The point-counterpoint pairings enhanced the opposing aesthetics and the majority of the tailored pieces were evergreen staples.