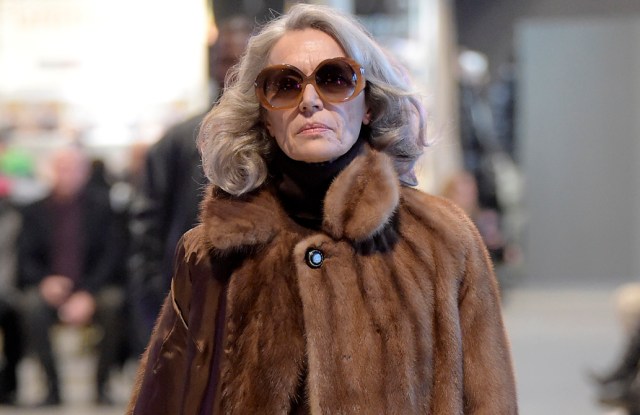 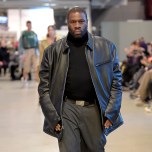 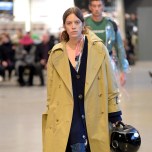 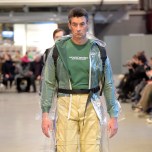 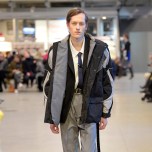 Heresy: An opinion or doctrine contrary to dogma. Is it heresy to question the deification of Vetements’ Demna Gvasalia by the fashion and pop-culture faithful? His acolytes are so vast that last season, brands from Juicy Couture to Brioni and Church’s let him have his way with their stuff.

On Tuesday, Gvasalia delivered another interesting Vetements collection, a study of stereotypes. “This season was a bit of an outburst of that kind of fascination with social uniforms and how people dress, dress codes,” he said backstage postshow. “It’s something I always work with, more or less, but then we really decided to emphasize it and to study each look as a separate person, as a character.” To that end, he labeled each player: La Parisienne, Bouncer, Broker, Vagabond, Punk, Pensioner, Secretary, and on through a litany of 36.

Designers have long created characters, but this was different. This was — or felt like — unenhanced reality, his nonmodels genuinely diverse across generations, ethnicities, body types, ages and runway walks. With the exception of the bright green-clad punk with his mile-high spiked tresses and the ghostly bride, most looked not fashion-real, but really-real, as if they’d gotten dressed as they would on any other day and left the house. The clothes were versions of Gvasalia’s wardrobe components — parkas, hoodies, shirts, pants, coats, etc. — most of which, passing by, looked pretty much like everyday fare, some of it quite good-looking. Every now and then, one caught a glimpse of a tweak — for example, the grand dame “Milanesa,” wore a mink coat with some point of vertical interest on one side.

Overall, a lineup of ordinary people, all working fashion their way. That’s where we are as a culture — no trends, no rules, the freedom to each style our own story, sartorially and otherwise. Some time ago — 20 years, 30 years back — for Gvasalia to devise a fashion show around this idea would have resonated as a subversive, underground wonder. These days, you can’t frack deeply enough to graze a genuine cultural underground.

I’m not saying his show wasn’t good. I don’t know what to make of it, other than that in capturing the cultural moment, it felt more performance art than fashion show. About the fashion itself, it seems that at some point, all this streetwear will play itself out on the runway.

But who knows? To paraphrase Andy Warhol, maybe in this celebration-of-self era, fashion is what you can get away with.