“I felt I needed to change,” the designer said backstage after presenting an exquisite show. 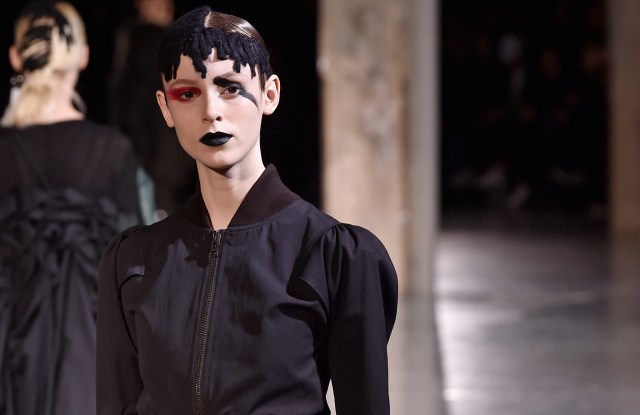 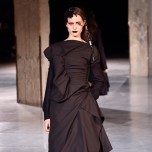 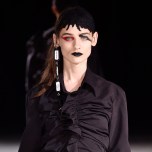 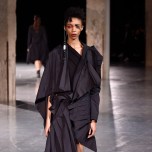 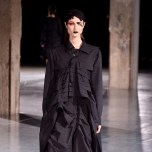 Life isn’t always easy on a living legend, and not because the world expects too much of you. Sometimes, the world is all too ready to give you a pass. Just ask Yohji Yamamoto. “I felt I needed to change,” the designer said backstage after presenting an exquisite show. “After more than 40 years, I became too famous. People normally respect me without any reason.” Come again? “Like a legend,” he continued. “I don’t like it. I want to make people surprised or inspired. I needed real creation.”

He delivered, in a manner that resulted in a complicated romance. “If the outfit looks romantic that’s alright,” he said, though his primary intention was to create something “avant-garde.”

This was Yamamoto’s most abundant collection in some time, and his most lyrical, his past two more austere and tougher in attitude. As he’s done sometimes in the past, Yamamoto featured his own guitar playing on the soundtrack, this time reciting lyrics as well.

The collection played like a dream, a complicated dream, one with stylistic roots in Victoriana as well as in the designer’s own imagination and signatures. Yamamoto went on an extravagant exploration of construction, cutting and draping in ways that amazed — and are difficult to describe. You can wonder at the bravado, and the skill that translates it into Yohji-style reality. For fall, he employed shirring and pleating to create his remarkable silhouettes, bouquets of fabric and seaming that looked different from every angle. Torsos were shirred with precision, their folds opening into skirts that draped, twisted and turned. Pleats sometimes defied gravity, running horizontally before opening into voluptuous fans. Flaps, folds and bunching created soft-sculpture formations, some splashed with strokes of red or purple paint. Along the way, a few looks somehow rang faint bells of recognition: opera coat, Pierrot tunic, even bubble-skirted party dress, and an Army jacket, pleated, lengthened and cutaway into one of the most beautiful coats of the season. After all of the abundance, Yamamoto reversed course, closing the show with a series of simple black coats and dresses with uneven hems, his take on languid, interesting minimalism.

That Yamamoto is fearless, both as creator and technician, is a given, and the results of his labors always fascinate. For fall, they enchanted as well.