Y’s has always been about women dressing in men’s clothing, but this fall, the collection was described as "transgender." 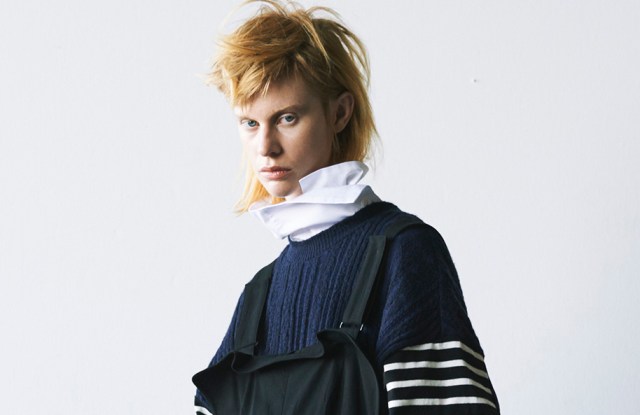 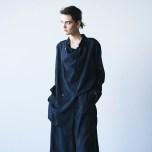 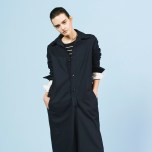 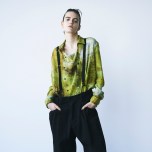 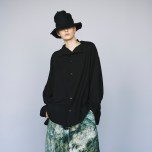 The Y’s collection has always been about women dressing in men’s clothing, albeit with adapted cuts, but Yohji Yamamoto wanted to take the concept further than ever for fall in a collection that was described as transgender.

As such, a boxy outsize jumpsuit that came in camouflage wool had definite street appeal, while a cream and white wide-weave coat, with its huge collar, made for major dimensional play. As was to be expected, there was lots of minimal black and white, as on a range of baggy shirts in different shapes, but navy blue was also key. Among the standouts were extra wide-leg pants in an indigo jacquard with a camouflage pattern and a navy and black trompe l’oeil cross between a suit jacket and a top.

When it came to prints, the design team had painted a canvas in shades of sludgy green, photographed and pixelated it so it looked almost like a work by Monet and used it on several shirts and an asymmetric pinafore dress.

As for the vintage-inspired Y’s Pink selection, there were a few feminine references that were notable, such as pretty wrap skirts fashioned from traditional Russian scarves and toughened up with black leather kilt-fastener details and a deep green fitted suit jacket with side flaps.