Rich textures and hues worked together to create a luxe ski-resort vibe, but the collection desperately needed a strong edit. 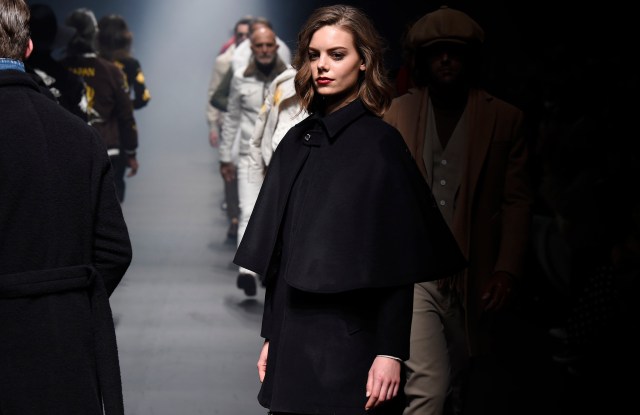 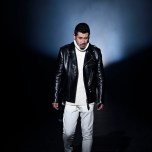 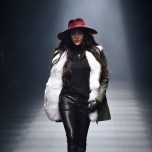 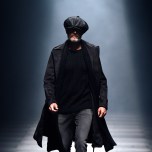 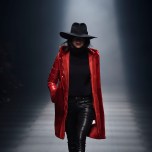 Tomohiro Ozawa is a notoriously reticent designer, never showing his face or sticking around to speak with journalists after his shows, so where he draws inspiration from is anyone’s guess. But this season, his models looked like they were fresh out of an ultraluxurious ski resort, dressed in outfits that would be perfectly suited to relaxing in front of a fireplace, shopping in town, dining out, or hitting the slopes.

Ozawa employed nearly every type of rich texture imaginable. Fur lined the inside of denim jackets, trimmed pockets and collars of puffer coats, and was draped over a leather motorcycle jacket as a stole. There were velvet suits, shearling vests, satin jackets embroidered with traditional Japanese motifs, and cozy cable knits. The warm textures and deep shades of brown, red, green and gray were the epitome of fall dressing.

The label is predominantly a men’s brand, but it also offers women’s wear. This season, Ozawa turned out skinny leather pants, wool capes and paisley shift dresses for women, as well as more feminine versions of many of the men’s pieces.

While Ozawa’s collection was cohesive, well made and expertly tailored, it was also far too extensive. It would have been more memorable and less tedious with about a third the number of looks, and it definitely didn’t need four separate bathrobes.