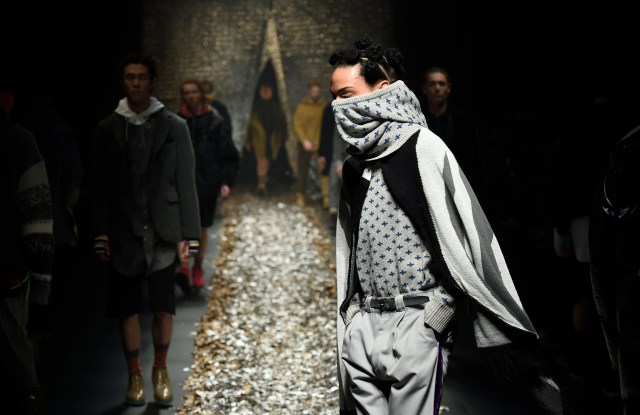 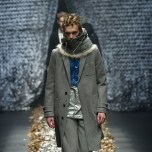 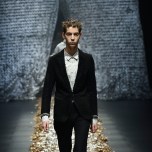 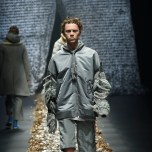 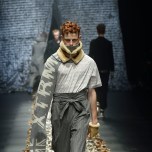 Acid jazz. The future. Space. The armed forces. All of these elements came into play in Discovered’s latest offering for men. Tatsuya Kimura said he and his codesigner Sanae Yoshida were inspired by British rock band Primal Scream’s album “XTRMNTR,” which was released early in the year 2000. He said the album influenced them to create a softer, slightly feminine version of military style.

The duo paired tailored coats and trousers with sporty sweatshirts, anorak jackets and quilted shorts. Puffer coats in blue and black were so thick and padded that they called to mind the Michelin Man, but were nonetheless striking in their sheer volume. Color was used sparingly, in the neon yellow lining of a gray nylon jacket, orange or purple prints on sweatshirt sleeves, and pink belts and neck warmers. But this was enough, as the wide variety of textures and shades of similar tones insured the offering never looked boring or samey.