Yui Hashimoto explored the concept of a time lag, which he expressed as uneven hems, mixed stripes, and slanted plackets. 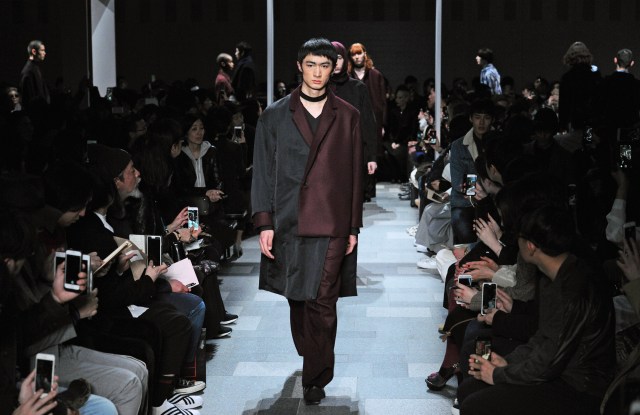 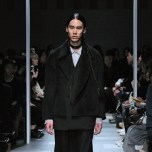 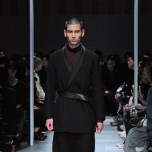 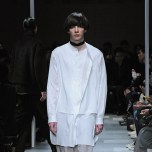 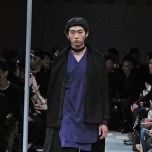 After two seasons of exploring intersecting lines and designing very similar collections, Yui Hashimoto moved on to something different, showing a versatility that hadn’t been apparent until now. He said he was inspired by the concept of a time lag and its resulting rift, which he expressed as uneven hems, mixed stripes and slanted plackets.

Hashimoto’s usual minimalist elegance was on full display, but with plenty of eye-catching details. Most pieces could easily be worn by both men or women, and indeed many similar styles were repeated for both sexes. Two-layered shirts were paired with double-hemmed pants, and coats often had an overlay that looked like an additional jacket in the same fabric. In addition to sharp corners, there were also softer, more rounded edges, such as a blazerlike poncho that ended in a circle hem at the back.

The majority of Hashimoto’s colors were neutrals: black, white, camel and gray, but there were also several shades of blue and a deep wine red. One stand-out piece that appeared more than once was a suit jacket with a detachable overcoat that zips onto the back behind the collar and buttons into the front to form one layered yet  cohesive garment.