Takeshi Hiramatsu wanted to get back to his brand's roots by designing pieces that he described as "timeless" and "minimal." 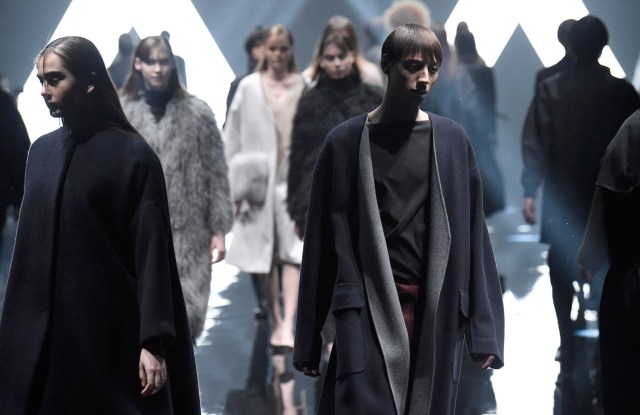 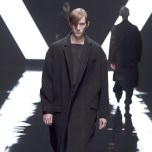 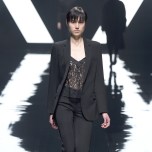 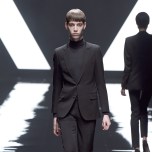 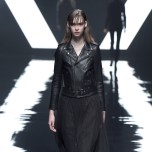 For his first runway show in several years, Takeshi Hiramatsu wanted to get back to his brand’s roots by designing pieces that he described as “timeless” and “minimal,” focusing more on fabric and construction than style. But he took the concept a bit too far, resulting in a collection that, while skillfully made, was predominantly dull.

Hiramatsu used neutral black, gray, brown, white and olive, with only a few exceptions such as deep teal and wine-colored trousers and a blue satin jacket embroidered with traditional Japanese motifs. The collection was heavy in outerwear, with seemingly endless variations of trenchcoats, leather biker jackets, bombers and overcoats. The remaining garments were often so nondescript that they seemed almost like an afterthought: simple T-shirts, pants and turtleneck knits. For women, Hiramatsu showed black lace camisoles, an off-the-shoulder sweater and a knee-length tulle skirt.

After some 50 largely repetitive looks, it was hard not to wonder why Hiramatsu chose not to show anything more original, especially after such a long time away from the fashion show circuit.