Hokuto Katsui and Nao Yagi's latest offering had a certain whimsical charm to it that was hard not to smile at. 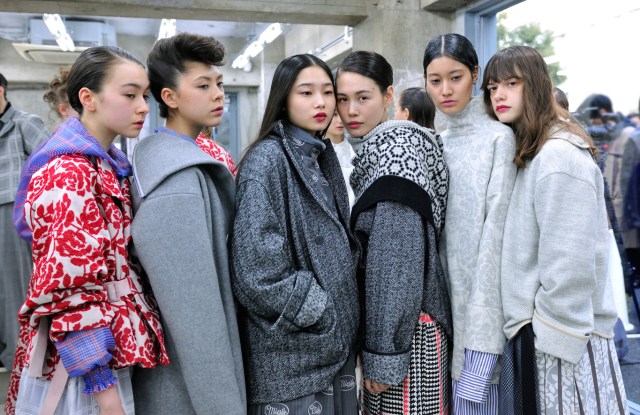 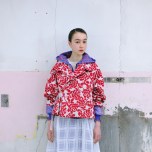 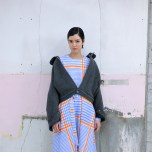 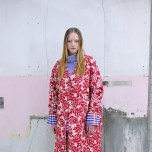 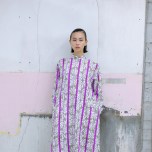 After many seasons using some of Tokyo’s largest fashion show venues to present their collections, this time Hokuto Katsui and Nao Yagi chose a small presentation in their brand’s flagship store, with audience members watching through the shop windows in the street outside. In their show notes they said they were attracted by the idea of incorporating noise from the city into their show.

The pair designed their collection around the phrase “She is so British,” which they used to describe a friend who had returned to Japan after living in England. They wanted to re-create the cute, tomboyish look that they associate with young British women.

While it lacked the impact and fun factor of their previous collections, Katsui and Yagi’s latest offering had a certain whimsical charm to it that was hard not to smile at.