Emilia Wickstead took the preppy style and defiant spirit embodied by Ali MacGraw as Jenny Cavalieri in "Love Story" and channeled it into her fall collection. 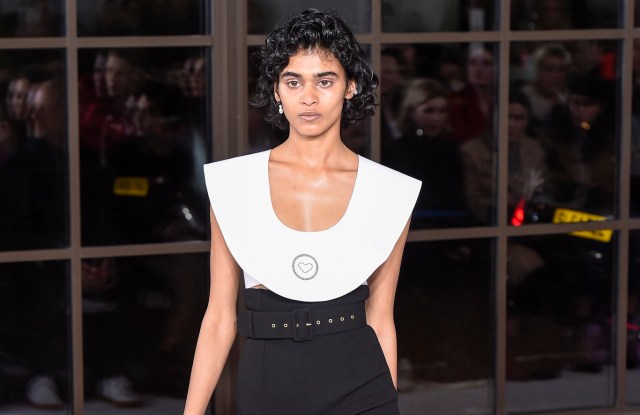 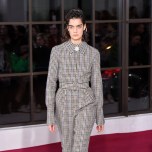 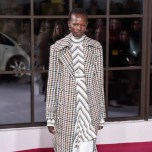 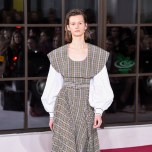 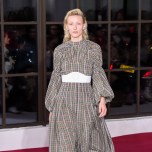 Emilia Wickstead took the preppy style and defiant spirit embodied by Ali MacGraw as Jenny Cavalieri in the seminal 1970 romantic film “Love Story” and channeled it into her fall collection.

“She was my immediate muse and my reference for the collection,” Wickstead said. “That’s how all the preppy ideas came into play — the tartan, the cable knits, the trenchcoats. I just love her attitude. She is this fierce girl; nothing will get in her way and she is smart. She was the perfect muse.”

There was also a sense of all-American innocence in the lineup, underscored by the cross-stitch hearts embroidered on several of the big starched white dickie collars, which themselves alluded to Puritan dress.

A number of MacGraw’s on-screen looks had cameos on the runway: A tartan mini informed several all-tartan looks, including a pantsuit with a belted jacket and cropped wide trousers; two great trenchcoats — in off-white and bright blue — evolved from another look from the film, and a fine cable-knit cardigan worn over a matching turtleneck was another nice nod to the preppy student’s wardrobe.

Dresses — Wickstead’s mainstay — were in plentiful supply. Among the best were a cream and baby pink dress with a panel that wrapped up into a scarf; a glittery sheer black tulle number, and a belted cocktail dress in fluid gold lamé.

Ryan O’Neal’s costumes didn’t escape Wickstead’s notice: the Prince of Wales check blazer he wears in the film was reinterpreted in houndstooth and deployed in a several looks, the best of which was a blazer teamed with ankle-grazing orange boot cut pants and a white turtleneck. A full-length coat with wide lapels and collar was also lovely.