In one of her strongest shows in a long time, Alice Temperley set out to prove she can do more than sparkly, diaphanous dresses. 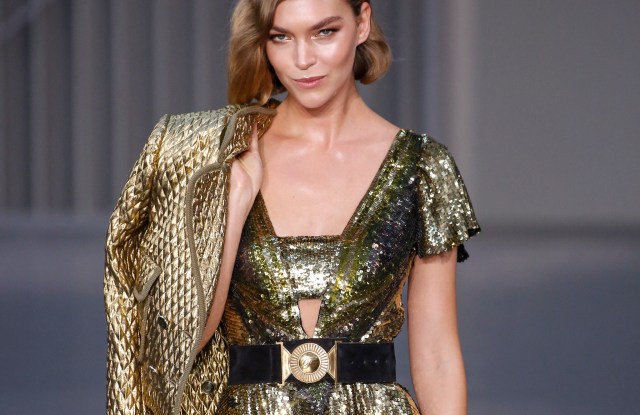 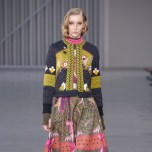 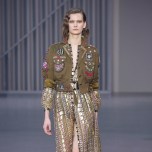 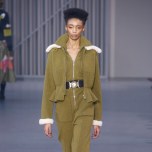 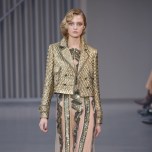 In one of her strongest shows to date, Alice Temperley set out to prove she can do more than sparkly, diaphanous dresses and sweeping bohemian gowns. Her fall collection had many dresses, but also coats and jackets, knits and trousers, too. “There was loads more offering — especially in daywear. I want to show I’m not just a dress brand,” she said after the show.

The collection, which Temperley said was inspired by the joys of the open road — and open skies — buzzed with the energy of a Spitfire: Coats came in shiny, quilted fabric or as long, thick olive knits in military styles, some with contrasting white fur collars or chunky contrast stitching. Temperley worked that same military theme into snappy, army green tailored jackets and trousers with colored patches.

Day-to-night dresses were out in force, and came long with bright prints, one featuring red postage stamps, and pussy bow ties at the neck. Short ones were adorned with green-gold or blue-silver sequins, like the skins of exotic fish. A wrap style glowed in iridescent gold while a knit one had a swingy handkerchief hemline, and was cinched at the waist with a thick military-style belt.