The designer skipped the catwalk to present his elegant collection with an impactful installation. 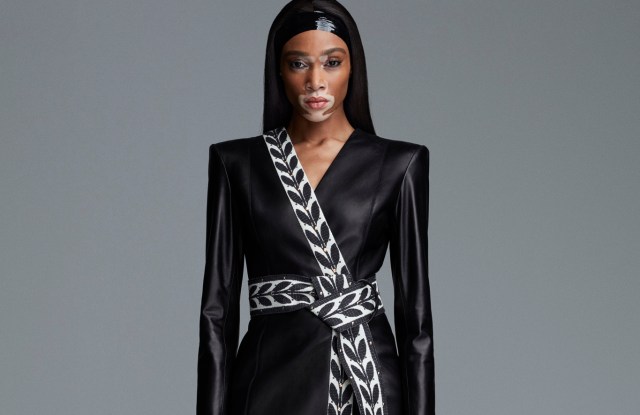 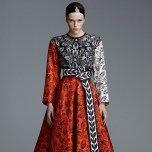 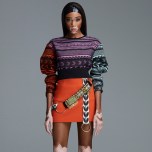 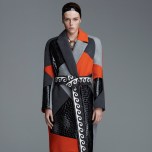 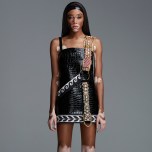 “This season, I really wanted to put clothes at the center, enabling people to slow down a bit and peacefully enjoy the collection,” said Fausto Puglisi, who this season skipped the runway to present his fall lineup with a grand installation.

This was a smart move, which let the beautiful garments stand out with their craftsmanship, precise silhouettes, luxurious fabrics and precious embellishments.

The pieces were showcased on a parade of mannequins installed inside the main room of Milan’s historic La Società del Giardino gentlemen’s club and objects from Puglisi’s studios, such as little statues and books, were placed on cork blocks, giving the installation a personal touch.

Fashion-wise, Puglisi was inspired by an imaginative Grand Tour in Southern Italy by Sir William Hamilton, collector of antiquities and British ambassador at the Naples court in the second half of the 18th century. Through this filter, the designer reimagined his signature antique Greek and Roman graphic motifs, which enriched a range of styles, from Puglisi’s signature flared skirts matched with jacquard tops and mini color blocked frocks to chic robe coats and covetable embroidered linen separates.

Even if the presentation’s overall mood was sophisticated, the designer didn’t disappoint the fans of his sexier and more flamboyant creations. The short frocks with eye-catching decorations and the sensual cutout details — which appeared on a black-and-white dress crafted from interwoven grosgrain ribbons — were still there, just in a more mature, refined version.