Unfinished silk-wool jacquards gave the collection texture, color and softness that was sorely missing from many of the other looks. 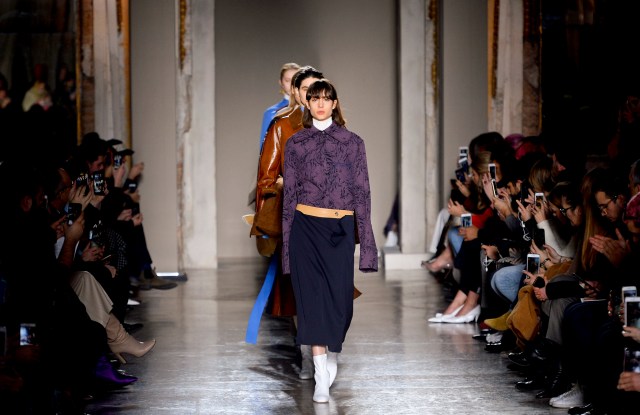 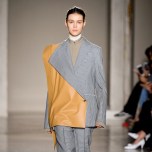 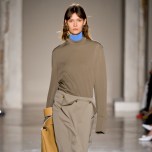 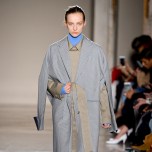 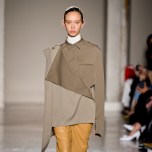 Fabrics are of the utmost importance to Gabriele Colangelo’s design process. Backstage before the show, he displayed two boards: one of the full run of silhouettes in white muslin before he chose the fabric; the other of the finished results. The most impressive pieces were an ode to the process — coats in a laser-cut tropical floral pattern over a men’s plaid, or a cobalt blue, purple and gray silk-wool jacquard; one shown with the threads long and uncut; another finished the traditional way. They gave the collection texture, color and softness that was sorely missing from many of the other looks.

Colangelo defines his aesthetic as “organic minimalism.” “There is clean and pure form, but at the same time not stiff,” he said. Yet not much about the collection felt natural or easy. While the shapes and cuts of the garments were certainly divined from minimalist codes, many styles featured extra panels, such as a piece of tan plonge leather with a long strap that was sewn into half of a blazer, and a black shirt with a military green panel buttoned on the front and hanging down past the knees. Puritanically austere buttoned-up collars and extra-long starched cuffs might have been theoretically minimal, but they were the opposite of easy or flexible, which is another way of saying stiff. Colangelo would do better to let his fabrics shine without letting overthought cuts distract.