“It’s the metamorphosis of the mermaid, the story of a daring woman who’s ready for change,” said a breathless Ashkenazi after the show. 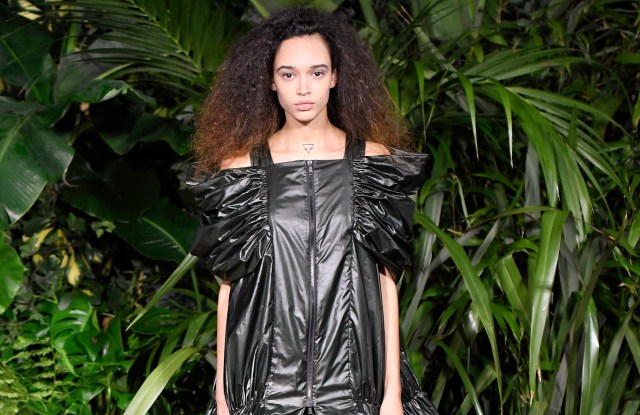 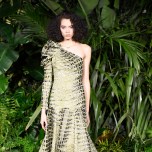 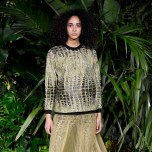 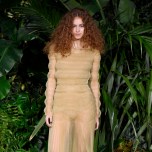 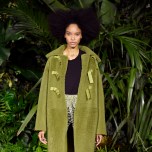 Splash! Goga Ashkenazi went bathing with the mermaids for this sweet collection that unfolded at the Milan Aquarium. The collection was filled with gossamer fabrics, fluid shapes and lightweight ballgowns crafted from recycled plastic. “It’s the metamorphosis of the mermaid, the story of a daring woman who’s ready for change,” said a breathless Ashkenazi after the show as she kissed her androgynous-looking models goodbye.

Delicate off-the-shoulder ballgowns were made from an eco-fabric spun out of plastic bottles from the ocean. Some had rose-shaped knots placed here and there, while the white one that closed the show featured a long, embroidered sleeve meant to resemble a fisherman’s net. One dress was made from a puff of polka-dot tulle, while others were done in dévoré fabric resembling fish scales. Shearling coats — in dark coral or seaweed — added some weight to this airy collection.

Some looks weren’t as buoyant, such as the skin-tight catsuit done in a green and black fish scale pattern and the bling-y gold top and trousers combos that, while shiny, had little luster.