The designer put a big focus on heritage textiles made and sewn in Scotland. 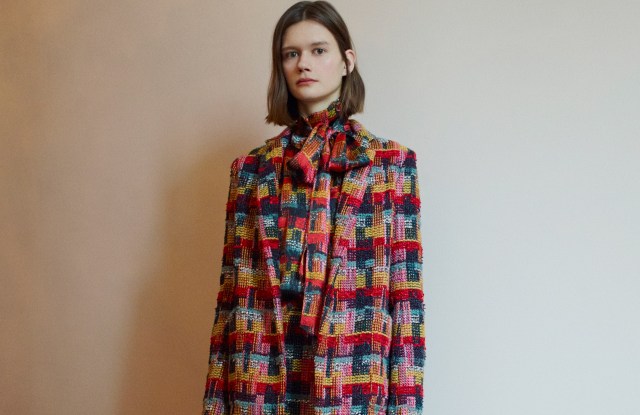 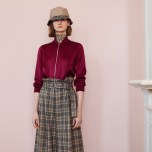 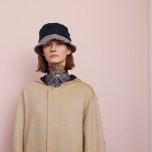 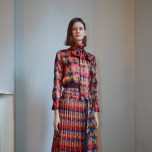 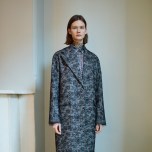 Adam Lippes does refined daywear with connotations of ease and insouciance. He’ll say he doesn’t do red carpet, yet the playfully roomy micro sequined gown a model donned in his new Brooklyn Heights residence would have you begging to differ. Lippes is an entertainer, and he wanted to show where the clothes would typically live — namely dinner parties and less formal events. Light bites were served while models lounged and roamed about, showing how the clothes move while maintaining a sense of approachable polish.

Lippes began with research into paisley prints, tracing their modern era production to Paisley, Scotland. Interestingly enough, there wasn’t any paisley in the collection, but the elegant range was rife with heritage textiles made and sewn in Scotland. A key fabric was a Harris tweed bonded to Chantilly lace, whose months-long craftsmanship could only be admired up close. It was cut into a mannish-yet-loose coat, which had a balance of structure and softness that flowed through the rest of the collection. Outerwear was hefty while separates like wide leg trousers, Fair Isle cashmere skirts and multicolored tweed prints on silk were soft and fluid. There weren’t age limitations, but the scuba knit plaid top or bomber tucked into plaid trousers skewed young.

Lippes has a pragmatic grasp of the business end of fashion, as well. Even before the CFDA and Alexander Wang announced plans to adopt a June/December fashion week calendar, Lippes had decided to consolidate his collections. Beginning in June, he’ll be showing both traditional resort along with spring, and doing away with seasonal monikers in favor of numerical titles. He plans on showing edited capsules during February and September. Not only will the clothing be more appropriate for the window it’s delivered to stores, but Lippes will also have more time for research and textile development.