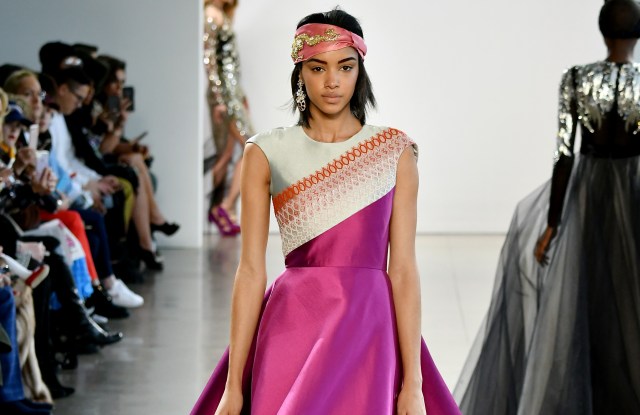 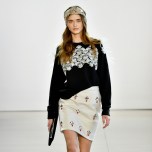 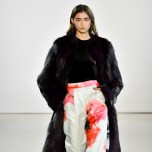 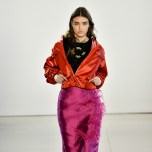 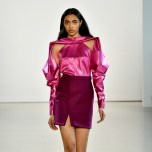 “It’s a very passionate collection for me, very emotional, hence the colors,” stated Bibhu Mohapatra backstage before his fall show. The collection’s palette proved his statement true, with rich purples, pinks and reds throughout. The dynamic of opposites, based on Charles Dickens’ characters Miss Havisham and her adopted daughter Estella of “Great Expectations,” further influenced the fall lineup. The best indication came through a beautiful, half-black-and-white, half-colored, abstract orchid print which was placed on short dresses and a pair of trousers. The black and white side, an aging orchid resembling Havisham, the latter resembling Estella in a colorful, full bloom.

Mohapatra also unveiled a new, 25-piece capsule collection, named Sashi by Bibhu after his mother, of sporty separates with a sharper price point designed to be extension to the premium brand. Compressed wool dusters, velvet and embellished, cashmere sweaters from the capsule were paired with pleated lace and leathered silk skirts and fur jackets from the main collection.