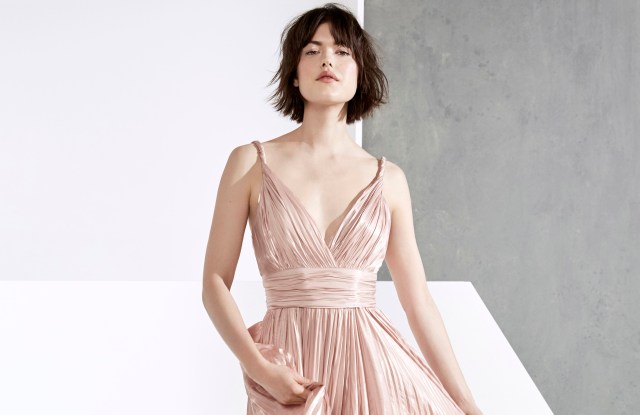 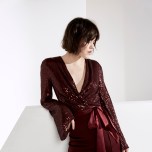 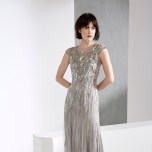 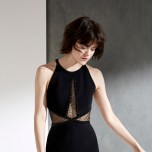 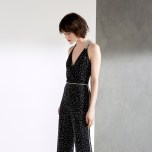 “It’s an intergalactic red carpet,” claimed Jenny Packham of her super shimmery and celestial fall collection. A combination of “Blade Runner,” sci-fi and spacey, celestial elements influenced Packham’s signature embellished gowns. Crescent moons, tiny star jewels and orb-shaped embellishments were scattered throughout, like on a black tulle gown and matching cape that depicted the cosmos wonderfully. From an iridescent blue liquid organza ballgown to an all-sequin maroon dress that had an ombré appeal while channeling the “Blade Runner” aesthetic, the frocks were glamorous and beautiful. Packham also noted her expansion of black dresses, as requested by her consumers. Other gowns, which ranged from zero shine — a sleek maroon wrap dress — to hints of shine via embellished long sleeves, to full-blown all-over sequin party dresses, provided ample options for the Packham girl.

Entering her 30th year of business, an impressive feat, Packham noted that she plans to return to the catwalk during September’s London Fashion Week.