With only eight weeks to complete a 25 piece debut collection for Mugler, Casey Cadwallader was able to design a strong collection that fused modern pieces with the “power female” sensibility of the brand’s heritage.

IsSixWeeksAfterFashionWeek = false
By Emily Mercer on May 9, 2018 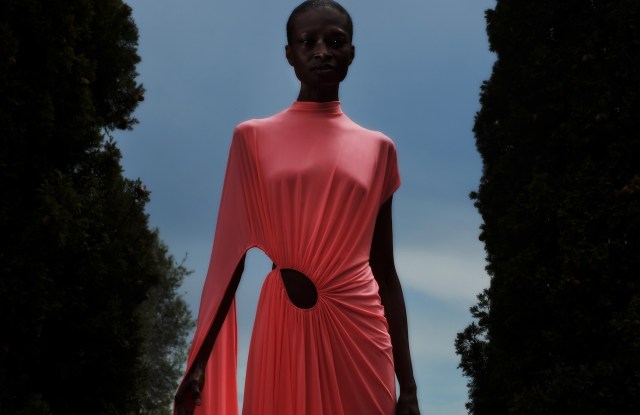 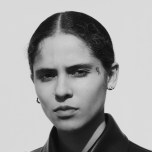 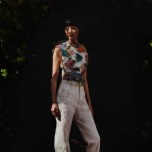 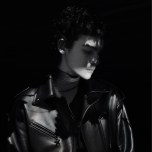 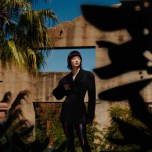 “For me, it really is a project about starting a new culture around the brand; even the photographs are more about the women than they are the clothes,” Casey Cadwallader mused about his debut fall presentation for Mugler. His approach was focused and smart: to start by designing signatures and pieces that are meant to last and mix in a few shocking pieces. For instance, Cadwallader said he would like to re-create the collection’s cropped, black leather jacket season after season, mentioning, “I think sometimes fashion moves faster than the clients and I’d rather make it so if you see something in a magazine in six months, you might still be able to buy it.”

The same idea of signatures went for great spiral cut jeans, offered in a frayed light wash with matching jacket, clean dark and white washes as well as in green velvet, all of which were high-waisted and shaped to the hip in a very Mugler way. Tailoring also made for an important aspect of the collection, through sharp, rounded wool suiting, styled with sleek, color-blocked cycling leggings and shorts, and was nicely offset by more feminine pieces, like a fluid pink superfine jersey dress.

As for the most enticing and “shocking” (an idea which he plans to expand upon), two statement coats, comprised of the brand’s Angel perfume, food coloring, chewing gum (which Cadwallader admitted he helped chew and place), hair gel, curry powder and makeup, to name a few, and designed by artist Samara Scott, which were not physically present but captured in multiple photos. With only eight weeks to complete the 25 piece collection, Cadwallader was able to design a strong line that fused modern pieces with the “power female” sensibility of the brand’s heritage.

Cadwallader’s focus and purpose for the debut collection expanded past the clothes and into the woman behind them through his presentation of gallery-style look book images and video of the looks in a TriBeCa penthouse. The imagery, shot over two days in a converted cement factory in Barcelona as well as at the photographer Arnaud Lajeunie’s weekend house, included ten women who Cadwallader believes are prime examples of who the Mugler woman of today represents. These range from Mugler veterans Deborah Shaw and Amy Wesson to artists, models, and athletes, including rapper Dani 070 Shake, Olympic swimmer Anna Santamans, and actress Anna Brewster. To fully expand upon each woman, the brand will be debuting a series of Instagram videos spotlighting each.

“When I put on this jacket, I already feel strong…” Shaw affirmed during the presentation, clad in one of the structural, black wool blazers, “He’s respecting the legacy of [the brand], because that’s what Mugler represents, a strong woman.”