Cédric Charlier channeled his childhood love of all things equestrian for fall. 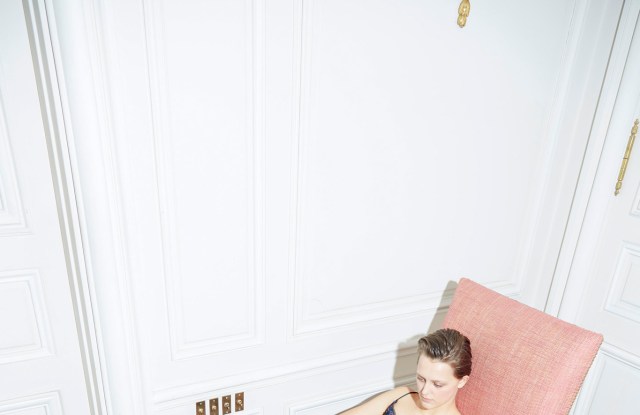 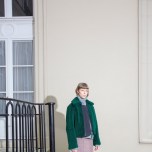 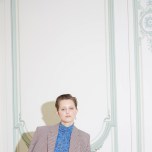 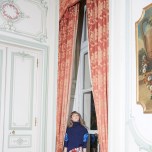 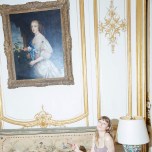 Cédric Charlier tapped into his childhood love of all things equestrian for fall — the Paris-based Belgian designer rode until he was forced by his father to choose between horsemanship and fashion when he was 18, he explained during a presentation at the Belgian ambassador’s residence in Paris. It was the first time he had broached the issue in his sartorial vocabulary, however.

Charlier wove rhombus-shaped motifs into his masculine/feminine lineup, both through innovative cuts and with a patchwork of diamond shapes on pieces like shirts.

The construction of a fluid dress in fuchsia and red silk was a case in point, the diagonal cut and pleated skirt adding structure. The same design was also offered in pink Lurex for a more outgoing look.

Again contrasting pink and red — a major theme for fall — the motif was also found on a cute perforated sweater where the cut was used to create a bustier shape.

The collection was also strong when it came to outerwear, where the season’s must-have checks came into play, as on a heavyweight wool creation with red contrast stitching and a voluminous black collar. Another wool design had a neutral shearling bottom half, and there was a sheepskin bomber in an appealing forest green.

His statement accessories complemented the lineup, with highlights including a padded patchwork leather bag that again channeled the diamond-shaped motif, smart-casual mules in camel leather and pointed lace-up flats that were particularly fun in green silk or in a colorful silk chrysanthemum print that echoed some of the high-neck dresses and blouses in the collection.