The streetwear designer, known for his Gothic snake prints, has collaborated with Disney on a line inspired by animated baddies. 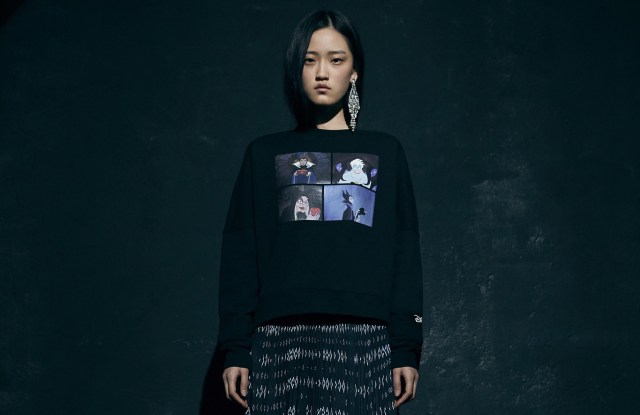 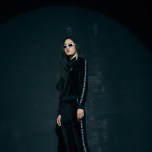 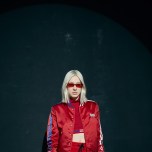 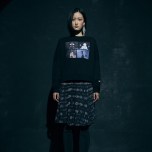 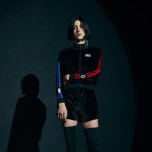 Talk about the Disneyfication of fashion: Marcelo Burlon, the streetwear designer known for his Gothic snake prints, has collaborated with the animation giant on his fall women’s collection under the County of Milan label.

A black sweatshirt featured images of assorted Disney baddies, including the evil fairy Maleficent from “Sleeping Beauty.” Their color codes – think scarlet, purple, royal blue and black – bled into the rest of the line, including a purple velvet track suit and a black bomber jacket embroidered with golden cherry blossoms.

Burlon cross-referenced this with the classic documentary “Style Wars,” which captures New York street culture in the early Eighties. The two themes are actually linked: the designer used to hang out with a bunch of graffiti artists in Milan who all went by the names of cartoon characters – his tag was Pluto.

“I didn’t know how to tag, so they used to do it for me. I was just good company,” he confessed.

His other big collaboration this season was with the NBA. Those pieces trended more sporty, with stripes in the colors of the basketball league’s red, white and blue logo. Burlon said he was trying to balance the more mainstream elements of the collection with the edgy cool for which the brand is known.

“When a brand becomes more popular, of course the young kids are more aware of what’s going on, so we’re kind of trying to make both happy: the grown girl and the younger generation,” he said.

For the time being, it looks the kids have the upper hand. With his autobiographical documentary, “Uninvited,” screening overseas, and the planned opening of stores in Singapore, Hong Kong, Macau and Manila this year, it seems the Burlon juggernaut is only just getting started.