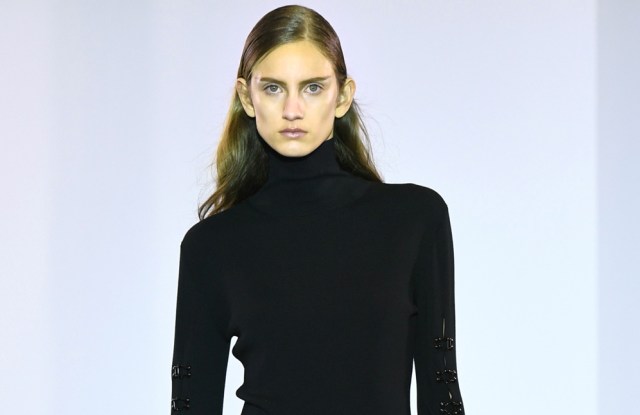 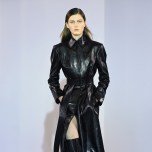 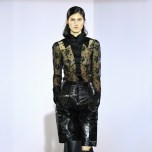 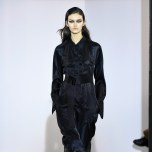 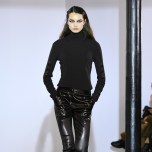 Folks are gravitating to extremes on the political spectrum these days, the pollsters say. Olivier Theyskens was also drawn to extremes, those of an individual woman: She could be forceful and, just as suddenly, very delicate.

Moving between structured tailoring and silky lingerie, as in the past, he pushed deeper with the contrast for this collection, his fourth since reviving the label. The result was an appealing, modern lineup that felt self-assured.

The boots were central to his statement: striking, chunky combat numbers with towering soles, some stomped while others floated, further conveying the theme. Jackets were just as assertive: longer or shorter, they had angular shoulders that jutted out like superhero gear, further accented by cinching at the waist.

“I wanted to really conjure the forces I like that are existing in a girl…this terrible strength and almost brutalism that can exist, mixed with the fragility, the romanticism,” explained the Belgian designer.

Even the softer side came as a jolt, after the audience had adjusted to the force of the fitted silhouettes, all in black, modern and minimalist. The first was a shimmery velvet dress in sherbet green, shoulders bared. More black preceded the next feminine dress, which came in baby blue with spaghetti straps.

He stripped away the superfluous — there were few accessories. Just gloves, long and scrunched, nearly reaching the elbows.