The designer found inspiration in his immediate surroundings, offering an amped-up version of the luxe wardrobe sported by local Milanese ladies. 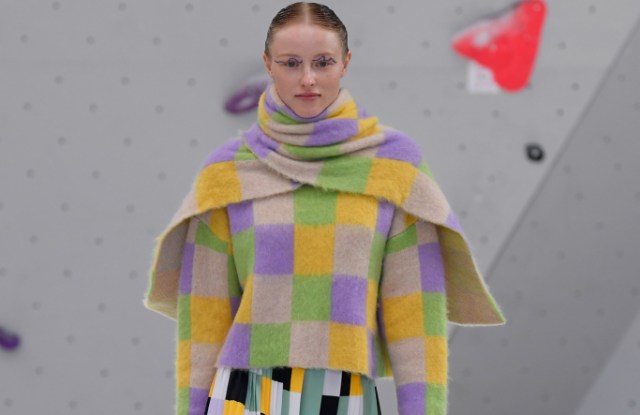 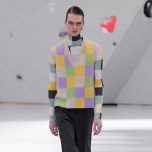 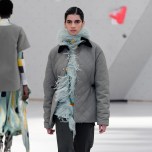 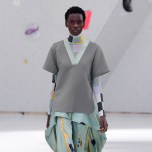 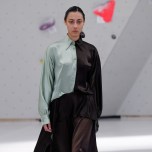 While born in Austria and based in Italy, Arthur Arbesser is above all European. “I have never been a loudly outspoken political person,” said the designer backstage, wearing a bright blue T-shirt printed with the European Union flag. “But what is happening right now feels so ridiculous that wearing this is the least thing I can do.”

His label’s fall 2019 collection was a testament to Arbesser’s bi-cultural background. Instead of focusing on the work of an artist like he did for past seasons, the designer chose to look at his immediate surroundings: both the straight lines of his studio building on the Sant’Ambrogio square in Milan, designed by architect Luigi Caccia Dominioni in the late Forties, and the people around it.

“Our studio is located in a very bourgeois neighborhood: It’s a little bit uptight, which can be slightly annoying sometimes,” the designer said. He re-created the Casentino wool jackets spotted on well-off Milanese ladies, but in a saturated color palette so as to prevent dowdiness. The same treatment was applied to the traditional Austrian Loden jacket, which looked particularly striking worn over a canary yellow silk dress.

While the harlequin motif felt a bit out of context — then again, Arbesser is known for his OTT use of prints — a graphic fig, pomegranate and lychee print on flowing silk skirts and suits was definitely eye-catching. In a nod to his Austrian roots, the print was created in collaboration with Backhausen, a traditional fabric mill based in Vienna. As an added bonus, the colorful touches echoed perfectly the pattern of grips covering the walls of the indoor climbing space that served as a show venue.