In his runway debut for Bottega Veneta, Daniel Lee courted the Phoebe Philo customer. He showed some promise and some clunkers. 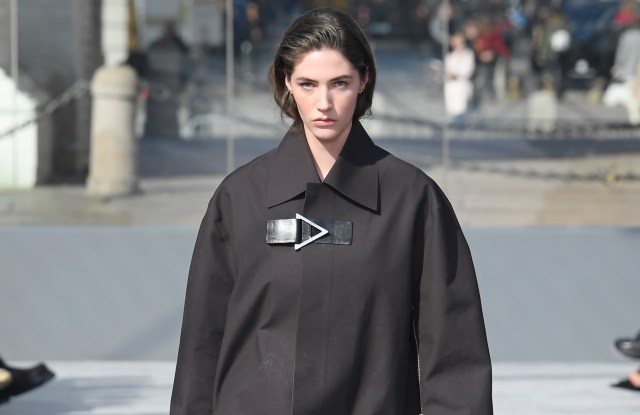 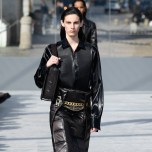 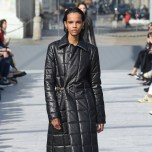 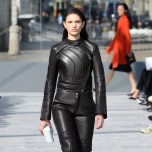 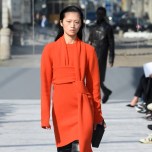 “I’m tired. I don’t know what to say,” Daniel Lee said in the backstage post-show scrum at Bottega Veneta, when asked for a soundbite. Really pal? You’re 33, this is your runway debut at a major house owned by a top-tier luxury group, and you’re too tired to parse out a one-liner about your clothes? Not to make this season only about Karl Lagerfeld (unfair to the designers who’ve all worked hard), but the mind couldn’t help but zip-line to Karl’s well-reported opinion of such designer fatigue.

Lee’s show notes offered some context: “a celebration of freedom, self-expression and sensuality.” Vague but not inaccurate, especially regarding self-expression; Lee offered range via the integration of sensual, sparkly jersey shirtdresses and deconstructed knits into his primary platform of ample, demonstrative tailoring. This was his audition for the Phoebe Philo client. She’s out there in droves, and a multibrand contest for her affections is underway. Lee has an advantage; he worked under Philo at Celine for years. He saw her approach to design and the evolution of her aesthetic up close, and likely contributed to them.

But ultimately, they belong to Philo. Part of the appeal there was her woman-to-woman conversation manifested through fashion. That’s not to say men can’t capture that audience (Jonathan Anderson has made impressive inroads). But they have to approach it differently; trying to re-create Philo’s Celine isn’t enough. One could see Lee’s discipleship in bold accents on simple shapes: for example, the industrial, single-buckle closure on a sturdy coat, and in looks that were body-con and not impractically sexy, as in interesting knit dresses. Throughout, Lee strove for an aura of woman-friendly chic — and men-friendly; the show was coed — in practical silhouettes with some flourish of cut and materials to elevate the clothes beyond tony classics.

At times he succeeded. But too often, the clothes felt clunky, more so the women’s than the men’s. Particularly with tailoring, Lee seemed content to give the guys a clean-lined coat and leave it at that. For women, he draped, bloused and cinched waists in substantive fabrics that didn’t take well to such treatment. To that point, reinterpreting Bottega’s signature Intrecciato weave for clothing purposes required defter treatment than Lee provided. Some coats looked about as comfortable to wear as bathroom tiles and conversely, a wrapped aqua puffer skirt looked a little too comfortable.

That said, Lee worked with ample confidence, and deserves kudos for his bold strokes with silhouette and materials. He showed a good deal to build on, and a long way to go.