"This collection is 100 percent me, and about those magic moments that every designer has," said de Vincenzo. 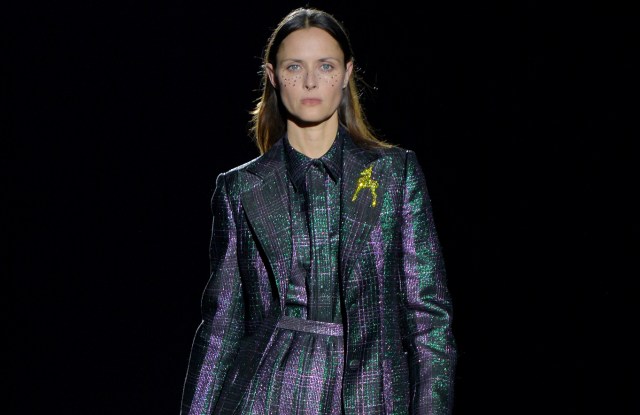 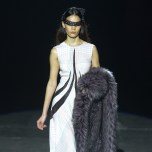 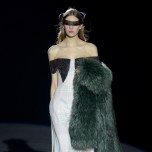 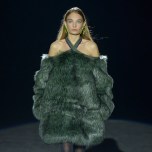 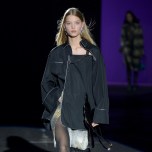 It’s been 10 years since Marco de Vincenzo launched his label, and to mark the occasion he set out to create a collection inspired by his favorite things. These were less about raindrops, roses, whiskers and kittens, and more along the lines of glittering Lurex, Bambi-shaped earrings and luscious fake furs. The invitation, too, came in the shape of Bambi, recalling a little ceramic figurine from his past that remains dear to him.

“This collection is 100 percent me, and about those magic moments that every designer has, when an idea starts,” said de Vincenzo, adding that he had no interest in repeating past designs. Instead, he wanted to work with the vocabulary he’s developed over the past decade.

It was a charming collection, a mix of glam rock, granny chic, and all the rich fabrics and materials that de Vincenzo loves. Some of the silhouettes were oversize — as if his woman had adapted a mother or grandmother’s wardrobe.

There were boxy suits glistening with shiny threads and swirling patterns and a lineup of long fur scarves and chubbies — which could have been swiped from a rich vegan auntie — in a jewel tone palette of dark purple, green, red and sapphire blue. (While de Vincenzo shuns real fur at his own label, he remains head designer of leather goods at Fendi, for whom he’s been working since he was 21 years old.)

Among the standouts in this collection were the plaids and thick ombre stripes: The designer cut and spliced light and dark plaids into shin-grazing dresses with deep V-necks or off-the-shoulder styles, and worked gray and black optical-effect plaids into velvet capes and roomy suits. One belted coat came with glittering, jewel-tone stripes, as did a strapless, slash-front evening dress with a bejeweled Bambi brooch at the waist.

De Vincenzo shaped crystal fringe into a long flapper-style dress and into a lighthearted motif showing a couple ballroom dancing across the front of a sweater. The designer said he has no big plans to mark the 10-year anniversary, but there’s clearly a lot to celebrate.