Nancy Pelosi's Max Mara coat heard ‘round the world was the catalyst for creative director Ian Griffiths’ Fall 2019 collection, “a thorough analysis of how clothes empower.” 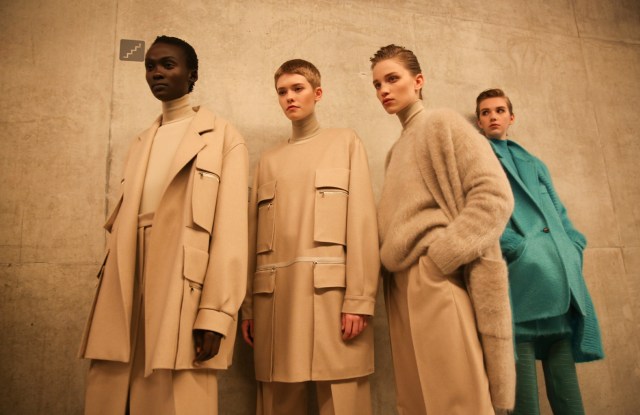 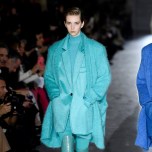 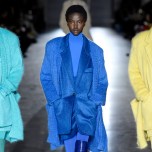 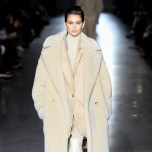 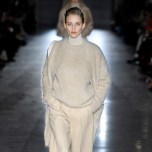 In a time when designers are throwing around the words “empowerment” and “armor” with a certain measure of desperation, Max Mara hit the mother lode of muses with U.S. House Speaker Nancy Pelosi, who wore the brand’s 2012 brick-red, high-collar coat in December during a showdown over the government shutdown with President Trump. The photo of her emerging from a meeting in the West Wing, looking like a badass, went viral, and Max Mara is reissuing the Glamis style in several colors at the end of March.

The coat heard ’round the world was the catalyst for Max Mara creative director Ian Griffiths’ fall 2019 collection, which he described during a preview as “a thorough analysis of how clothes empower.”

The man wasn’t kidding; he hit the books, brushing up on works by feminist thinkers Camille Paglia and Roxane Gay. (Incidentally, Thursday’s show was held at the modern, light-filled Bocconi University, with the next generation of female leaders looking on from above, an enlightened choice during a season when Milanese designers seem to be discovering the value of new venues and contexts.)

“We always talk about clothes empowering women but how do they really? What was it about that coat that made Nancy Pelosi wear it on that particular day?” Griffiths said, noting Paglia’s assertion that clothing is actually a female advantage. “Men are restricted by conventions of dress and women aren’t, there is a whole host of different personae and tricks women can use to empower themselves,” he said.

The fall collection was an exploration of some of them, including monochromatic dressing, statement coats in wider, shorter, boxier silhouettes, leggy skirts and thigh-high Wonder Woman-worthy boots that recalled the Nineties, while managing to avoid falling into the too-retro trap.

Griffiths started the show of force with a revival of the Nineties-era supermodel runway march. The trio, wearing monochrome turquoise, royal blue and yellow looks combining tone-on-tone boyfriend cardigans over coats, miniskirts and over-the-knee boots, re-created a moment when Naomi, Christy and Linda came down the Max Mara runway together in 1991. It sent the crowd tittering.

The miniskirt looked fresh, especially in nylon with utility zipper details, and worn with a blouson top. So did the long trouser skirt under a bomber jacket. Reaching into the archives, Griffiths created prints from past designers’ sketches for the house, including one from the dearly departed Karl Lagerfeld, who worked for Max Mara for two years in the Seventies. And while the idea was certainly dress to impress, he nodded to the comfort revolution with a sweatshirt with utility pouch detail, sensible belt bags and a renewed focus on knitwear in the same spirit as the brand’s snuggly coats, namely fuzzy, oversized sweaters and animal-patterned sweater dresses.

The brand’s signature overcoats were given new life in power colors, conjuring the idea of coat as an outfit-maker. With an eye toward warmth without using fur, Griffiths offered a quilted version of the house’s famous camel coat with camelhair stuffing, rather than feathers or down, and re-created the look of a shearling, only in alpaca bound in leather. Naturally, the hit teddy coat was here — as worn by everyone from Kris Jenner to Hailey Baldwin — in several new colors, and for a finale, a version in a snugger silhouette and black Lurex. And no, the famous Pelosi coat did not come down the runway. It didn’t have to.