Moncler Genius took over a whole street to unveil its third chapter on Wednesday, which included collections by Simone Rocha, Pierpaolo Piccioli and 1017 Alyx 9SM. 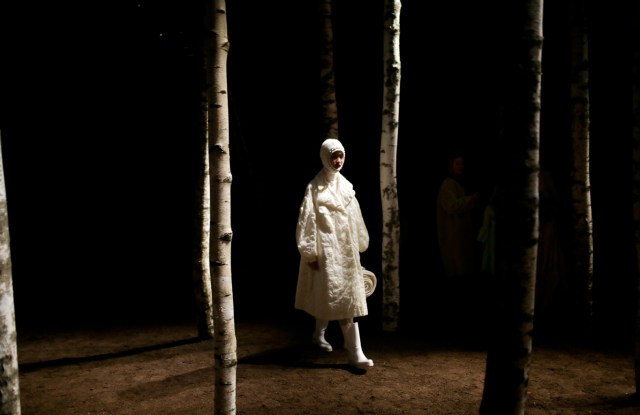 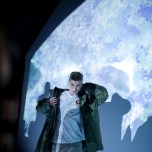 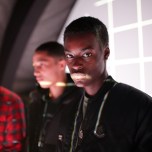 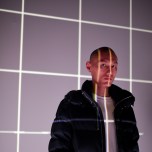 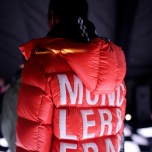 A single venue wasn’t big enough: Moncler Genius took over a whole Milan street to showcase the third chapter of its designer collaborations. Each tunnel in the industrial building lining the Via Ferrante Aporti was taken over by a Moncler Genius guest designer, creating a vast installation that will be open to the public on Feb. 24.

New additions this season include British designer Richard Quinn, who delivery a trippy collection of maxi-printed down jackets transformed into Fifties dresses, presented in a breathtaking setting covered with chintzy wall-to-ceiling flower prints, and Matthew Williams of 1017 Alyx 9SM.

Shown in a dark maze of metal scaffolding, Williams’ collection featured his signature hardware, used as fastenings on belted jackets, with metal snap hooks bearing the Moncler insignia. Light raincoats, utility vests and cargo pants were layered under liquid-looking down jackets. Looks were finished off with baseball caps and a number of functional accessories, including a bundled-up sleeping bag, and were presented on both male and female models: Williams was the only designer to produce a coed collection.

“It’s really a merge of both of our worlds,” the designer said. “Moncler’s expertise in outerwear allowed me to make really exciting down jackets, and we brought our knowledge of garment dye and sonic welding, which were all things they had never made before.”

The Moncler team, used to producing clothing for extreme temperatures, even pointed the designer toward the right factory to create the waterproof vulcanized boots in the collection.

Over at Simone Rocha’s space, an eerie forest complete with real trees and a dirt floor, gothic girl scouts drifted between the shadows in voluminous black, blush and ivory silhouettes inspired by tents. “They are carrying their own clothes,” explained Rocha. “Harnesses are part of the garments, and can be turned into scarves or belts. It’s almost like a uniform against nature, but still very feminine.”

The London-based designer applied her signature broderie anglaise technique to Moncler’s nylon down jackets, creating romantic patterns of overgrown daisies on long jackets, to which she added her version of the Moncler crest, embroidered either with pearls or jet beads.