At this star-packed show based on futurism, the best pieces were the most down-to-earth. 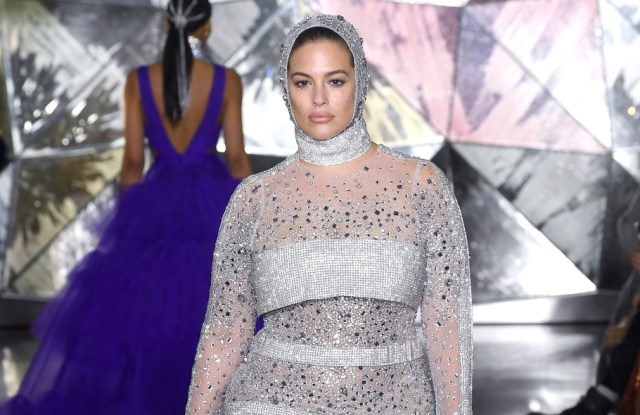 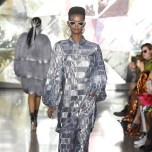 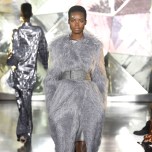 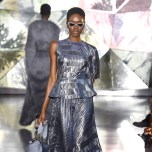 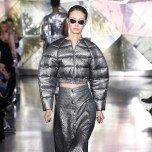 It was a moon shot to have a show with the kind of star power and fandom Christian Siriano draws at the Top of the Rock, on the 64th floor of 30 Rock in Rockefeller Center. From the get-go, it was obvious the door staff was in over their heads. Lines were long, elevators slow, tempers flaring. It took nearly an hour for guests to ride upstairs, get seated, and in the case of the famous front row, be interviewed by “Extra” and every other celebrity outlet. Poor Jonathan Simkhai, who had the next show on the schedule, must have been tapping his foot down at Industria Studios thinking he had the day wrong.

Siriano, who dressed a record 17 people for the 2018 Oscars and “Vanity Fair” party, is a very good red-carpet designer, someone who has created a new paradigm for inclusive celebrity dressing, and figured out how to dress lots of shapes and sizes to look good on camera. And everyone in his starry front row on Saturday looked outstanding, including Mariska Hargitay wearing a celestial-patterned black velvet pantsuit, and Christina Hendricks in a black sleeveless tuxedo bustier and cigarette pants.

But there can be a disconnect when it comes to his runway collections. Maybe it’s the pressure to tell a story, make a grand gesture in front of the fashion crowd, or it could simply be the intensity of the lights, but at times, his collections fall short.

His fall collection was based on futurism, he said, adding, “But if my woman lived in another realm or planet, she’d still have this amazing social calendar.” Actually, the best pieces were the most down-to-earth — white pants and a tuxedo jacket cropped to show a hint of midriff; a black sculpted cap-sleeve column dress with a Mugler vibe; a silver pinstriped peplum top and wide-leg trousers; a draped silver-striped lamé dress.

It’s when he started to work with fussy hip draping, elaborate sheer black cage skirts, exaggerated poufs and blinding crystal rope that the lower quality of some materials and workmanship came into focus. Also, though it was a powerful choice to have plus-size model Ashley Graham close the show, the cascading-mesh gown with wide crystal bands binding her breasts and thighs didn’t do her justice.

Siriano’s inclination for showmanship is understandable (he came up the nontraditional fashion ranks by winning the fourth season of “Project Runway,” and will appear on the Bravo reboot starting March 14), but sometimes less is more, and could offer potential to work with more expensive-looking fabrics and trim to really send him soaring.